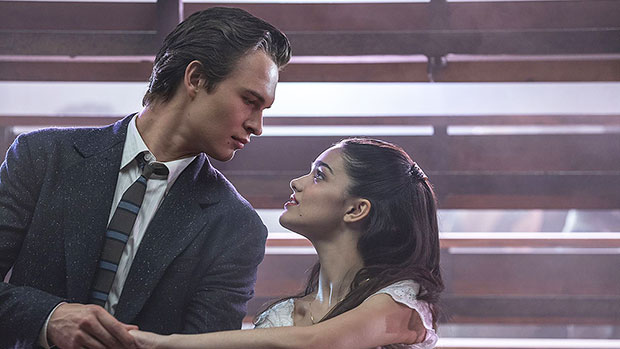 ‘West Side Story’ is coming to the big screen 60 years after the original film. Now that we’ve seen the first trailer, here’s what we know so far about the highly-anticipated remake.

West Side Story is going to be the movie event of the holiday season. The first trailer for the 2021 remake debuted during the 2021 Oscars. The 1957 Broadway musical became a phenomenon, as did the 1961 film, which won a whopping 10 Oscars. Steven Spielberg’s 2021 adaptation is going to undoubtedly be a global sensation like its predecessors.

The remake features an incredible ensemble cast, including new and familiar faces. From the release date to the cast to filming news, these are the latest updates about all things West Side Story.

Newcomer Rachel Zegler and Baby Driver star Ansel Elgort will star as the new Maria and Tony. At the time that Rachel was cast, she was a 17-year-old high school senior living in New Jersey. She was chosen as Maria after more than 30,000 people auditioned. Rachel submitted a video of herself singing “Tonight” and “Me Siento Hermosa (I Feel Pretty).” West Side Story will mark Rachel’s feature film debut.

Rachel notably went viral in 2018 after she posted a video of her singing on Twitter. She wowed the internet singing “Shallow” from A Star Is Born. She is a perfect Maria!

someone: you use autotune😤😤😤😤
me: pic.twitter.com/9sPBkDj2kf

“I’m so happy that we’ve assembled a cast that reflects the astonishing depth of talent in America’s multifaceted Hispanic community,” Spielberg said in a statement to Deadline when the roles of Maria, Anita, Bernardo, and Chino were announced. “I am in awe of the sheer force of the talent of these young performers, and I believe they’ll bring a new and electrifying energy to a magnificent musical that’s more relevant than ever.”

Rita Moreno, now 89, will play Valentina in the 2021 West Side Story. For her performance as Anita in the original film, she won the Oscar for Best Actress in a Supporting Role at the 1962 Academy Awards. Rita is also an executive producer of the 2021 film.

The remake stayed true to its roots and started filming in New York City in July 2019. Filming locations took place in Harlem, Brooklyn, and other locations in New York City. The movie was also filmed in New Jersey. West Side Story wrapped on September 27, 2019.

After filming ended, Rachel posted a long Instagram message to celebrate her West Side Story experience. “To the craziest experience a girl could possibly have in this world — thank you,” she began. “I have learned so much from my time in West Side Story; I’m not sure if any words will ever be good enough to sum up just how amazing it was. To my fellow castmates, crew members, creative team and collaborators, and everyone in-between — we made a movie. a real movie!”

She also praised Spielberg as her “creative guardian and absolute angel of a man. Thank you beyond words for taking a chance on me. Your generosity will never cease to amaze me.” Rachel even had something to say to the people who question why there’s another West Side Story on the way.

“To all of you — sitting at home, wondering if we really need another version of West Side Story… wonder no longer. This movie is incredible. It’s important, and wonderful, and depicts what the world needs right now: LOVE. And finally, to all of the young women of color sitting there, wondering if their dreams will ever come true, yes, they will. Be patient and treat the world with kindness. Maintain your hearts of gold, but don’t be afraid to fight. This is it, my friends. This is what it looks like when your dreams come true. I am just so damn lucky. and you know what? I feel pretty.”

Both the 1961 and 2021 films are adaptations of the 1957 Broadway musical of the same name. West Side Story is inspired by William Shakespeare’s romantic tragedy Romeo and Juliet. West Side Story is about two New York City gangs — the Jets and the Sharks. Tony and Maria, who come from opposing sides, fall in love as the Jets and Sharks face-off. The story also explores themes of immigration, class, racial prejudice, and more.

Spielberg opened up about why the movie’s message is still just as relevant as it was 60 years ago. “This story is not only a product of its time, but that time has returned, and it’s returned with a kind of social fury,” the director told Vanity Fair. “I really wanted to tell that Puerto Rican, Nuyorican experience of basically the migration to this country and the struggle to make a living, and to have children, and to battle against the obstacles of xenophobia and racial prejudice.”