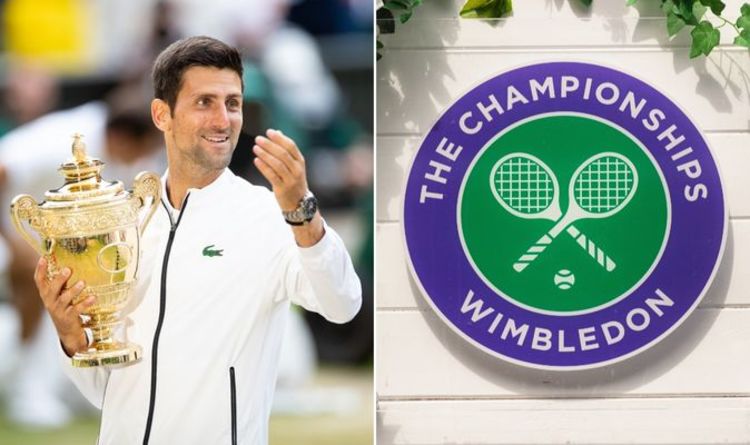 Wimbledon is set to impose strict punishments for tennis stars who flout COVID-19 bubble rules at this summer’s championships.

Fines and potential disqualification will be handed out to competitors who do not stick to the guidelines. They will even be punished if a member of their team is caught.

Players will only be allowed to book one extra room at their hotel, at a cost of £280 per night, and will not be allowed to roam outside of designated tournament sites, including the practice courts and hotel.

Even British stars who live nearby will be forced to stay at their designated hotel.

That is despite the prospect of lockdown restrictions in London, and the rest of England, being lifted a week before the tournament begins on June 28.

There are plans for a crowd capacity of around 25 per cent during the tournament.

A document sent to players, as reported by MailOnline, has warned players of the punishments they could face.

“Any breach by either a player or their guests/team may lead to default and/or loss of accreditation,” it reads.

Two-time Wimbledon winner Andy Murray has encouraged other competitors to obey the rules. He has told them to see the bigger picture, pointing to the 60,000 deaths recorded in Brazil during March.

Murray has also encouraged his colleagues to support the coronavirus vaccine if they wish to not face such stringent rules at future tournaments.

“I appreciate that it is difficult. But, at the same time, seeing 60,000 people died in Brazil last month because of coronavirus, this is what we have to do to be able to continue to do our jobs and to give the tournaments some security,” Murray said.

“Obviously, I would way rather not be staying in a hotel. It would be a shame but, if that’s what we’ve got to do to keep everyone safe, then that’s what we’ll do.

“If you want to avoid having to be in a bubble for too long, you need to then support the vaccination, because you can’t just say, ‘No we want to just live normally and we don’t want any bubbles, but we also don’t want to be vaccinated’. It’s a no-brainer to me.”

Players have been forced to play within bubble restrictions since the return of the tour in August.