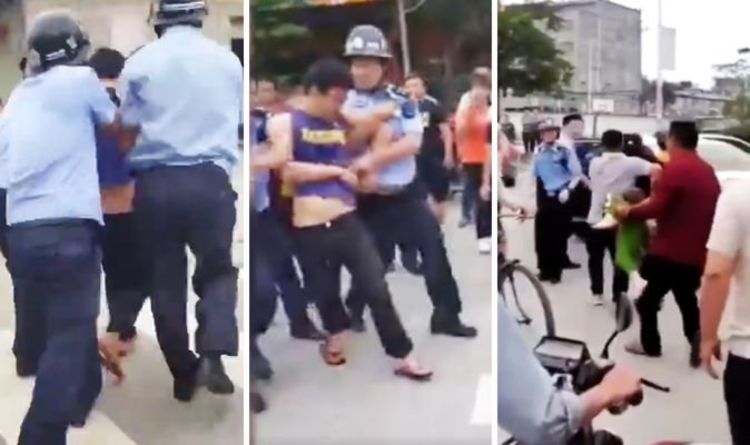 Police have arrested a man who attacked the victims in Beiliu City, in south China’s Guangxi region this afternoon. Footage shared on social media show the suspect being detained and taken into custody by police.

Two of the children were seriously injured in the attack, state-run Xinhua news agency said.

A suspect was arrested by police, Xinhua added.

All those injured have been rushed to hospital, according to state-run China Global Television Network.