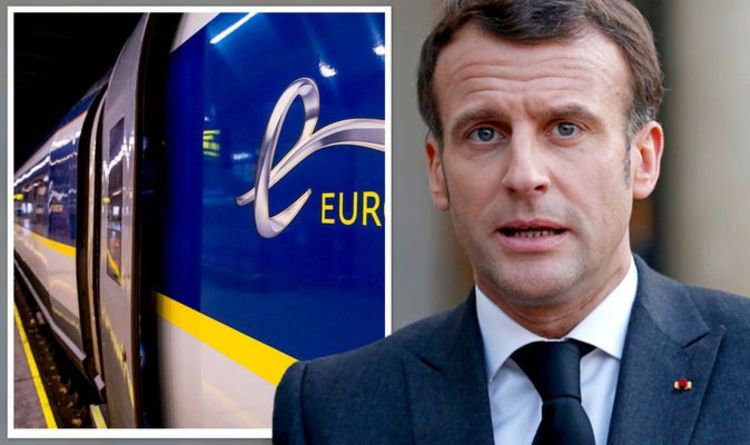 The rail service was nearing bankruptcy until it signed a deal with its lenders earlier this month. Eurostar will refinance hundreds of millions of pounds of debt as it hopes to recover from a huge slump in demand during the pandemic. A group of banks, including Natwest, agreed to refinance £400million of loans that were due to be repaid this summer. Telegraph sources told the newspaper that Eurostar shareholders were prepared to do “heavy lifting” by providing fresh capital for the company.

But, despite this lifeline, Eurostar is still looking for state aid from the UK Government, City AM’s report added.

The company will argue that if it collapsed Britain would be left without a rail link under the English Channel for up to two years.

This comes after Transport Secretary Grant Shapps warned Eurostar is not the UK’s company to rescue.

This sentiment was echoed by Harry Fone of TaxPayers’ Alliance, who said the Government should not be bailing out the “French company”.

He said: “I certainly don’t think the Government should be bailing out what is a French company with millions of pounds of taxpayers’ cash.

“Especially since we’ve left the European Union. Why should we bail out a French company?

“Why do they turn to the taxpayers first? Why not go straight to the private markets?”

Mick Lynch, assistant general secretary of Britain’s RMT union that represents many of the company’s workers said: “It’s bad, but there is a viable business there, struggling to get out from under Covid.

“If we’re not careful this will be another victim of Covid. This would be a tragedy for the service, for the connections, for the social benefit, the economic benefit, the business benefit.”

The operator, which runs services between London St Pancras and Paris, Brussels and Amsterdam, carried 11 million passengers in 2019.

But it is believed Eurostar has already faced a 95 percent fall in demand as the coronavirus pandemic continues to make travel restrictions necessary.

Huw Merriman, chairman of the Commons Transport Select Committee, joined calls for the UK to come up with a solution for Eurostar.

Mr Merriman said: “Services have been stripped back to a bare minimum. It needs a joint, bespoke UK-French solution to help it through this crisis.

“Unlike airlines, Eurostar has been shut out from government loans that have offered a lifeline.”

The Community of European Railway and Infrastructure Companies (CER) warned that Eurostar’s losses could have a big impact elsewhere.

CER highlighted in December that the slump in passenger numbers across Europe’s rail system could lead to €22billion (£19billion) in losses.