How to lose visceral fat: DHEA causes 'significant' reductions in... 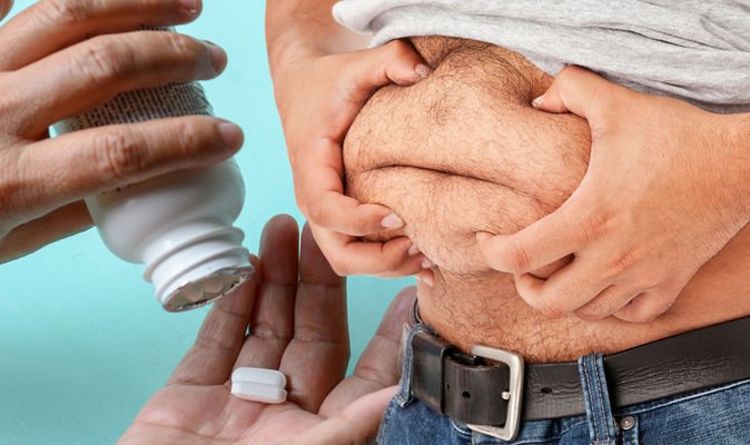 Carrying an excess of visceral fat can cause a cascade of serious health problems. That’s because the fat lies dangerously close to internal organs, such as the liver and intestines. It can cause complications that can raise your risk of chronic conditions. For example, researchers have found that visceral secretes a protein called retinol-binding protein 4 (RBP4), which has been shown to increase resistance to insulin – a precursor to developing type 2 diabetes.

According to the study researchers, DHEA supplementation has been shown to reduce the accumulation of abdominal visceral fat and protect against insulin resistance in laboratory animals, but it is hitherto not known whether DHEA decreases abdominal obesity in humans.

The researchers sought to address this gap in knowledge by testing whether DHEA replacement therapy decreases abdominal fat and improves insulin action in elderly persons.

Participants were randomly assigned to receive 50 mg of DHEA or a matching placebo for six months.

Visceral fat changes were recorded using magnetic resonance imaging (MRI); a type of scan that uses strong magnetic fields and radio waves to produce detailed images of the inside of the body.

What did the researchers find out?

“DHEA replacement could play a role in prevention and treatment of the metabolic syndrome associated with abdominal obesity,” the researchers concluded.

Metabolic syndrome is the medical term for a combination of diabetes, high blood pressure (hypertension) and obesity.

It adds: “So if you include a lean source of protein, such as skinless white chicken, in your meals you may find that you’re not as hungry, and so eat less.”

You can incorporate protein into every meal.

“Alternatively, there are lots of protein products on the market, such as supplements and powders, but if you decide to use these make sure you have a trained sports dietitian or nutritionist supervising your diet,” adds Bupa.