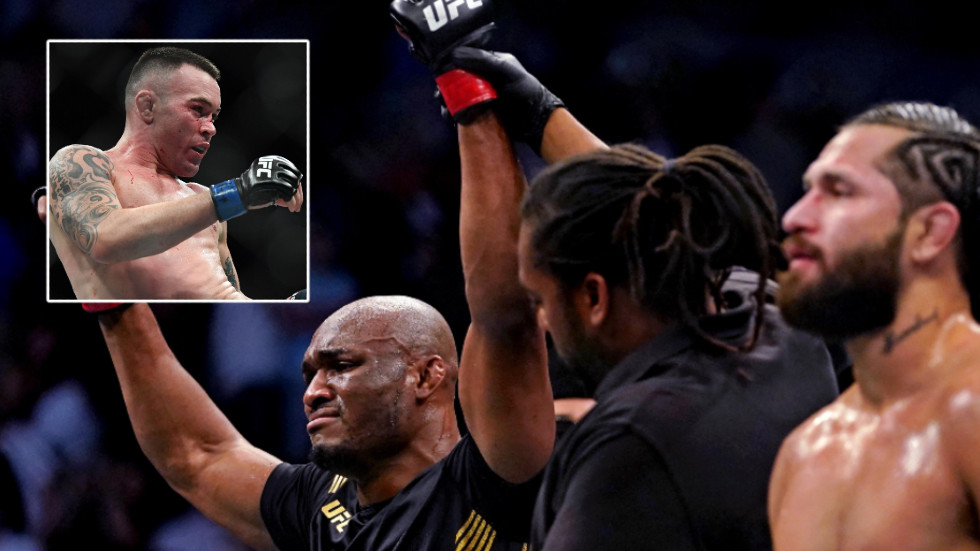 Jorge Masvidal came up short in his second bid to seize the welterweight title from around the waist of Kamaru Usman, but says that the next man up, UFC firebrand Colby Covington, will suffer a similar fate later this year.

Masvidal was knocked out for the first time in his 50-fight career in last weekend’s UFC event in Jacksonville, Florida when Usman connected a flush right hand that sent ‘Gamebred’ crumpling to the canvas.

The win was Usman’s 14th in succession in the UFC and was enough to raise him to second place in the organization’s pound-for-pound list when the new rankings were released this week – and Masvidal says that Usman’s winning streak is set to continue when he welcomes the challenges of the controversial Covington.

“I think Kamaru keeps his hands up and comes to fight Colby the same fight that he did the first time. He just puts a thorough beating on him,” Masvidal told ESPN.

“Colby will try and get some takedowns on him, and it might not work. Colby’s gas tank with other wrestlers is not something he wants to do. That’s why he didn’t take a shot in the first fight, because he knows he’s going to have to get tired.”

The sequel between Usman and Covington will be a rematch of a fiercely competitive fight between the two in December 2019 which ‘The Nigerian Nightmare’ won by late TKO finish – a conclusion which Covington has protested ever since.

But as far as Masvidal sees it, there isn’t much that Covington will be able to do against the man who stands alone as the world’s best welterweight fighter.

“As long as Kamaru is in wrestling shape and comes in the same as the first time, hands up, pressuring him, I think he breaks him again,” Masvidal concluded.

“His hands are where they need to be at right now. I bet he’s goingto have more confidence than ever because he knows I’m somebody that’s never been finished.

“So he can definitely take that with a pride of honor, put his hard head on, keep getting the work. I think he gets a finish on Colby.”

Also on rt.com ‘I don’t want him to get smashed’: Fans fear for UFC veteran Diaz after Chimaev targets ‘gangster’, offers Masvidal bout in August