Spain holidays: 'June' to spark beginning of tourism 'recovery' with... 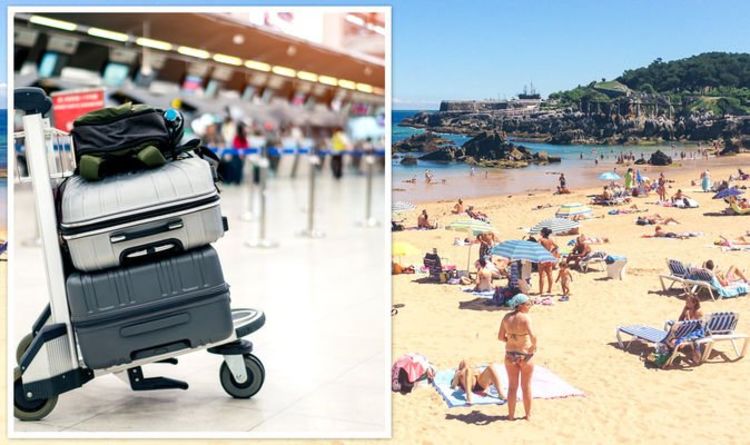 Spain is keen to welcome Britons back to its shores, with the nation’s tourism minister eyeing June as its month for tourism “recovery”. Fernando Valdes Verelst, Spain’s tourism minister, said he is pushing for the UK and Spain’s digital vaccination certifications to be “mutually recognised”.

“Hopefully we will be seeing this summer the restart of holidays.”

However, it is not yet clear whether or not Spain will make it onto the UK’s quarantine-free “green list”.

Speaking on Sky News this morning, UK Secretary of State for Transport Grant Shapps said he would be revealing more about the list “within the next few weeks.”

He said: “The earliest possible unlock is May 17. We won’t have international travel before that.

“So far the data does continue to look good from a UK perspective, notwithstanding those concerns about where people might be travelling to and making sure you’re protected from the disease being reimported.

“But specifically on when I’ll be able to say more about it, I haven’t been able to do it a long time advance because the situation changes the whole time with this pandemic, but it will be towards the beginning of May when I will set out which countries fall into the various different countries.”

According to the European Centre for Disease Control and Prevention (ECDC) Spain recorded a rate of 247.25 confirmed cases of COVID-19 per 100,000 inhabitants over the previous 14 days cumulative.

By comparison, according to Gov.uk, the UK recorded 25.3 per 100,000 of the population in the previous seven days cumulative.

Though the Government has not yet given any indication as to which nations are on the table for “green” list status, experts have been using available data to predict which countries could make the cut.

Analysis carried out by Robert Boyle, former strategy chief at BA and its owner IAG, looked at the Government’s four “risk” criteria for travel.

This includes vaccination rates, Covid prevalence, the extent of variants and the capacity for genome sequencing of the virus.

Under this modelling, Mr Boyle predicted the USA, Gibraltar, Israel, Iceland, Ireland, Malta, Australia and New Zealand could be on the list.

However, he noted economic and political factors could see Spain also being included.

The report said: “Last year, the Spanish and Greek islands were given a lower-risk rating than the mainland and that could happen again this year.”