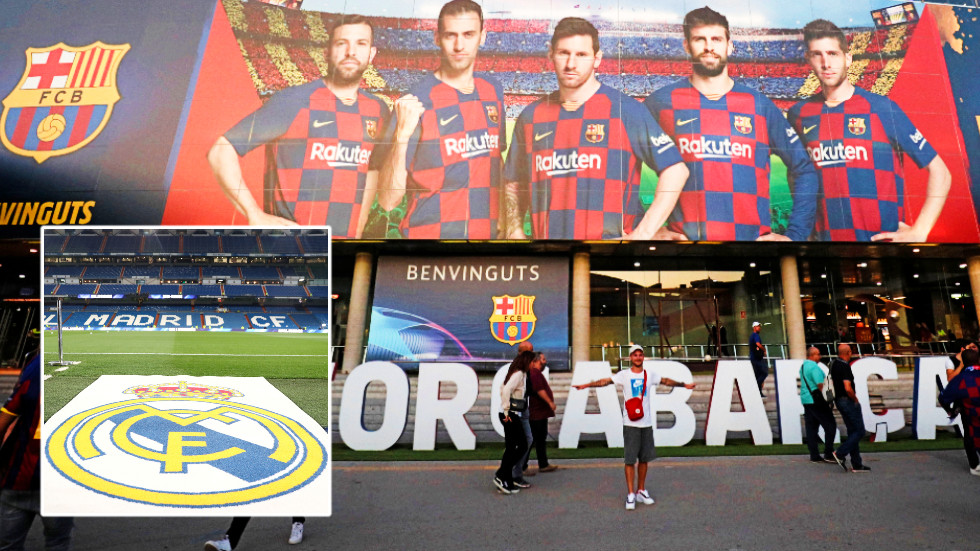 Barcelona and Real Madrid are still yet to admit defeat and pull out of the failed European Super League. Facing reality that a $ 360 million loan won’t arrive this summer, what’s next for the debt-ridden Liga giants?

Barcelona and Real Madrid have become the unlikeliest of bed fellows in the modern era.

Once bitter rivals with their history mired in Catalan independence struggles, the Spanish civil war and its oppressive victor and dictator, General Franco, they have been united by filthy lucre in the quest to join a European Super League (ESL) that would breakaway from the Champions League and possibly La Liga too.

Behind the windfalls that were projected to them by JP Morgan for the rebel competition, however, are mammoth debts that must be settled.

Also on rt.com From bitter rivals to bedfellows: Barcelona and Real Madrid have been united in greed over failing Super League project

In short, the Spanish giants can’t afford not to take part in the ESL, which perhaps explains why they are only two outfits of the 12 founding fathers still yet to officially pull out.

Remarkably, they also stood to pocket an extra $ 72 million compared to the other parties, as part of the overall $ 4.2 billion loan from the mentioned American financier.

That being said, ESPN reported on Thursday that Barca “have been forced to accept that the competition is unlikely to launch any time soon”.

So what now for these famous outfits who are collectively in close to $ 2.5 billion worth of gross debts?

Barca, who owe more than half of that amount, of which $ 321mn is due on June 30, are in ongoing talks with “investment funds from the United States, Asia and Europe regarding a loan with a favorable repayment plan”.

Also on rt.com Barca ‘optimistic’ over Haaland transfer – but can they really dream of big names amid dire financial straits?

They are also allegedly considering selling the naming rights to their crumbling Camp Nou stadium and selling stakes in Barca Corporate, which includes its Barca academies, the Barca Innovation Hub, Barca Licensing and Merchandising and Barca Studios projects.

But what if these scrambles from Laporta to plug holes in a leaking, sinking ship don’t come off?

It might finally be time to face reality for once and for all.

June 30 is a pivotal date in more ways than one for Ronald Koeman’s men.

That is when Lionel Messi’s contract expires, and he can finally flee on a free after failing to force an exit to Manchester City last summer on the watch of the notorious Josep Bartomeu, who fans have much to thank for regarding their current financial doom.

Laporta remains “convinced” he can persuade the Argentina icon to sign for a further two years with an optional additional season.

But as was suggested by some when Barca struggled earlier this campaign, and news emerged of the full extent of their debt woes, cutting their losses might be sensible long-term, even if it proves fatal to the team’s chances of silverware in the more immediate future.

While Messi is obviously irreplaceable, the same logic can be applied to developments at the Bernabeu – which is currently being rebuilt and is a vital factor in Florentino Perez’s ESL plans.

Although Sergio Ramos is reportedly planning to take a paycut to extend for another two years – as Laporta wants Messi to do – waving goodbye to the Madrid skipper and Luka Modric, who are both 35 and earning $ 30 million a year between them, might not be such a bad idea either.

Eder Militao has stepped up to the plate in the past month – delivering world-class performances against Barca in El Clasico and Chelsea in the Champions League semifinals this week – and midfielders such as Fede Valverde are coming. With Casemiro and Toni Kroos also still having plenty left in the tank, Los Blancos wouldn’t be left undermanned.

Letting Lucas Vazquez walk, saving a further $ 7mn, should be a gimme too. And Madrid daily newspaper As has suggested that $ 303 million – not far off the figure they stood to receive from the ESL – could be raised by offloading seven big stars.

At the Camp Nou, meanwhile, it might be time to put Antoine Griezmann, Philippe Coutinho and Ousmane Dembele – to name just three misguided buys paid for with the Neymar-to-PSG money – up for sale alongside a string of other fringe players who have failed to make an impact, including Francisco Trincao and Miralem Pjanic.

Speaking of the Brazilian, Laporta is said to be on a quest to land him and Erling Haaland, while Real Madrid want his PSG teammate, Kylian Mbappe.

However, it might be better for both clubs to get their house in order first, having a clear out before entertaining splurges on Galacticos such as the disappointing Eden Hazard, who cost close to $ 200 million.

While securing their targets is said to be key to Laporta convincing Messi he has a competitive team to play with, Neymar’s contract does not expire until  2022. Mbappe’s lapses in the same year, while a special release clause making Haaland available for just $ 90 million will apparently be triggered in the same window.

There is, of course, a risk that not acting swiftly will drive these mercurial talents to head to the likes of Manchester City, stay at PSG or, in Haaland’s case, pick between the two.

Yet that is one of the reasons that Barca and Real Madrid are in their current mess.

Put simply, they can’t keep up with the Joneses and the endless supply of petro and gas dollars funneled through by their Gulf overlords. They needed the ESL to try and achieve some sort of parity.

With better organization, recruitment and scouting, though, these two clubs with the kind of histories the Nouveau riche will take decades to build can rise to the top yet again – without the need to entertain poorly received and ill thought-out pet projects.

Keeping the wolves from the door has to take first preference above all.