Kate and William cosy up in matching blue outfits to... 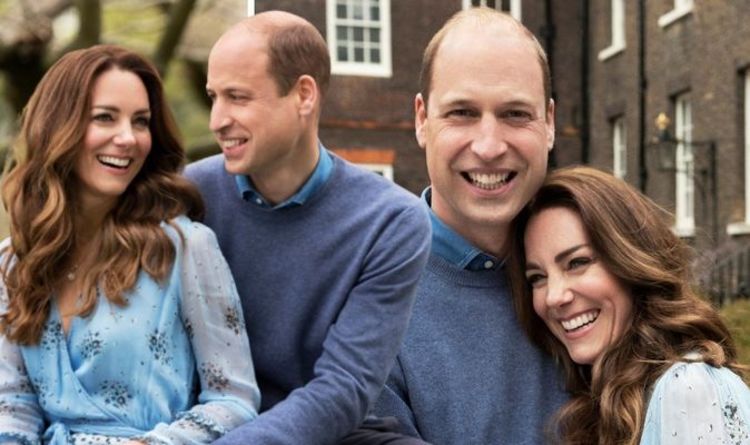 Kate Middleton joined the Royal Family in 2011 when she and William married in Westminster Abbey. The couple had previously met while studying at university and now have three children together. To celebrate their 10th wedding anniversary, the couple have released new portraits.

Kate first wore the dress to a reception back in 2019 when the couple were on a royal tour of Pakistan.

The royal added minimal jewellery to the look, opting for just a dainty silver necklace and her engagement ring on show.

She also styled her brown locks in her signature wavy hairstyle which fell over her shoulders as she snuggled up to William.

For makeup, Kate went for a natural look with a small amount of peach blush, natural eye makeup and a nude lip to complete the look.

William got down on one knee while the couple were on holiday in Kenya.

According to experts at EST1897, the ring could be worth a fortune.

Ben Jarret from EST1897 said: “The English Royal family are known for their crown jewels and luxurious taste.

“Their engagement rings often contain family heirlooms, with diamonds being passed down and often re-set into new bands.

“Kate’s engagement ring is no different, with Princess Diana’s being passed onto her from William.

“The ring features a 12-carat oval blue sapphire, cut into facets, and surrounded by fourteen solitaire diamonds. The setting is made from 18K white gold.

“On their tenth anniversary, we estimate that the ring is now worth £390,000 based on the value of the stone and band, although with the ring being an iconic cultural piece it could fetch hundreds of thousands more if it ever reached auction.”