War fears as Russia shows ‘readiness to stand up against... 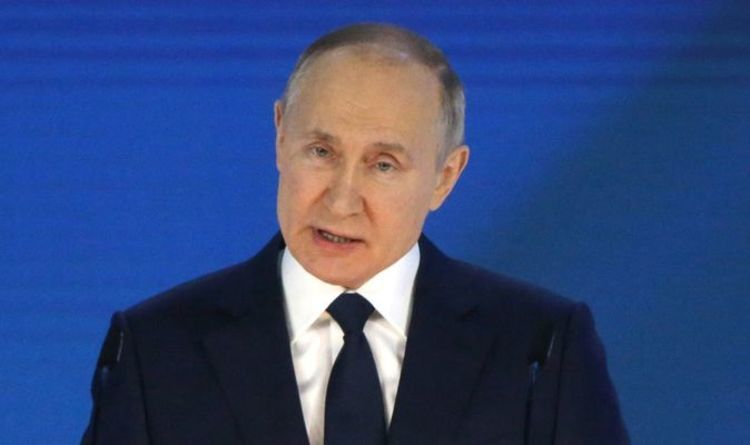 In his annual state of the nation address last week, Russia’s President Vladimir Putin warned Western countries not to cross a “red line” with Moscow. He added that such a move would cause an “asymmetrical, rapid and harsh” response from Russia.

Glenn Diesen, professor at the University of South-Eastern Norway and editor at Russia in Global Affairs, explained that Mr Putin’s “red line” comment was a new move from Moscow.

He told Express.co.uk: “The explicit reference to red lines is somewhat new for Moscow, which suggests a readiness to stand up against the West.

“Red lines and deterrence rely on the three C’s: capability, credibility and communication.

“Moscow has clearly demonstrated its military capabilities and credibility that they will be used to uphold red lines, and now the red lines have also been communicated.”

Prof Diesen explained that red lines are designed to de-escalate tensions “by preventing an adversary from taking a destabilising action”.

He added: “It is important to recognise that Russia considers itself a status-quo power seeking to deter Western expansion and revisionism along its borders.

“This entails NATO expansion into Ukraine, regime change by toppling or assassinating leaders in states allied with Russia, instigating instability within Russia, and supporting Kiev’s efforts to retake Donbass by military force.”

Tensions escalated this month amid reports of a military build-up of Russian forces near the Ukrainian border.

Prof Diesen warned that Western countries should take Russia’s red lines “very seriously as they will uphold them”.

He added: “Russia considers NATO expansion into Ukraine to be an existential threat and will not accept it any more than Washington could accept Soviet missiles in Cuba in 1962.

“The West tends to believe that if more pressure can be mounted against Russia, then Moscow will accept unilateral concessions and fall in line.

“In contrast, Moscow believes that efforts to reconcile relations and reach a political settlement with the West has failed and have been interpreted by the West as weakness that has emboldened NATO.”