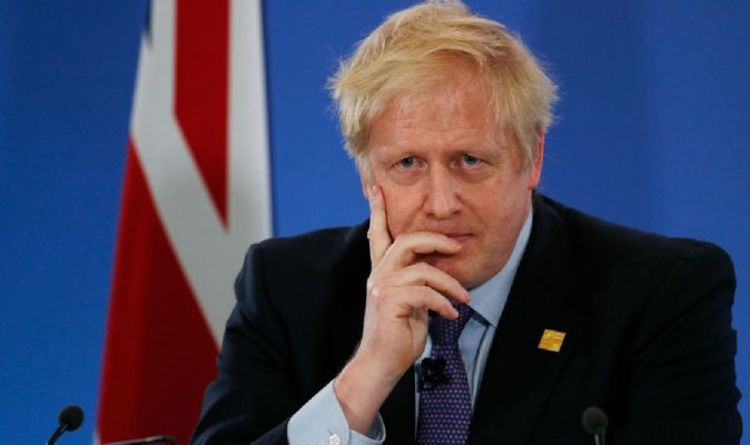 The authors also suggest two more measures the Government should take in order to prevent a third wave of the deadly virus. They believe it could potentially save 15,000 lives. The Government’s roadmap envisages the final set of lockdown restrictions being lifted by June 21. This date will see all legal limits on social contact rescinded and will allow all the remaining closed sectors of the economy to reopen, such as nightclubs.

However, epidemiological advisers on SAGE have warned the country to expect a third wave of Covid-19 infections once the final restrictions have been lifted.

Scientific modelling predicts that there could be between 20,000 and 40,000 further deaths in the UK and upwards of 100,000 additional hospital admissions.

The report’s authors argue that as many as 15,000 lives could be saved if the Government follows three important steps.

Firstly, they urge the Prime Minister to postpone the final stage of his roadmap by a month if the pace of vaccination cannot be increased towards the rates achieved in March.

However, the number of first doses administered each day now has fallen from an average of about 500,000 in mid-March to roughly 118,000 per day.

In conclusion they write: “We find that this package would save around 77 percent of the anticipated deaths between now and June 2022 – amounting to around 15,000 lives across the UK over the course of the year – relative to the central case assessment of the SAGE modellers.

“We recommend that the Government asks its epidemiological advisors to explore these proposals and alternatives.”

Currently the UK has three vaccines approved for use: Pfizer-BioNTech, Oxford-AstraZeneca and Moderna, all of which require two doses for maximum protection.