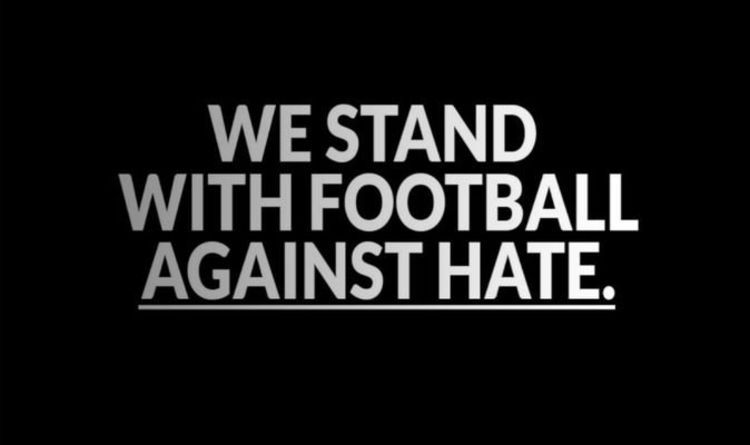 Express Sport is proud to stand in solidarity with everyone who faces hate and discrimination online. Our sports social media accounts will be silent from 3pm on Friday 30 April to midnight on Monday 3 May. We stand with football against hate.

Reach PLC will join the worlds of football, cricket, rugby and other sports in turning off our social media accounts in order to send a message that online abuse will not be tolerated.

For too long, the reaction to discrimination and hate – and particularly racist and sexist abuse – simply has not been strong enough. That has to change, and we want to play our part.

Football clubs, players and governing bodies are among the many joining in the show of solidarity with a four-day boycott of Twitter, Facebook, Instagram and others.

We want social media companies to hold those responsible for such vile abuse accountable for their disgusting actions or this problem will not be stopped.

“This boycott signifies our collective anger,” Sanjay Bhandari, the chairman of anti-discrimination charity Kick it Out, put it perfectly when explaining the united stand against abuse.

Arsenal legend Thierry Henry was one of the first to come off social media, doing so five weeks ago, and he said this week: “When we come together, it’s powerful.”

We agree. We are determined to put an end to online hate and discrimination. Let this be just the start. Enough is enough.