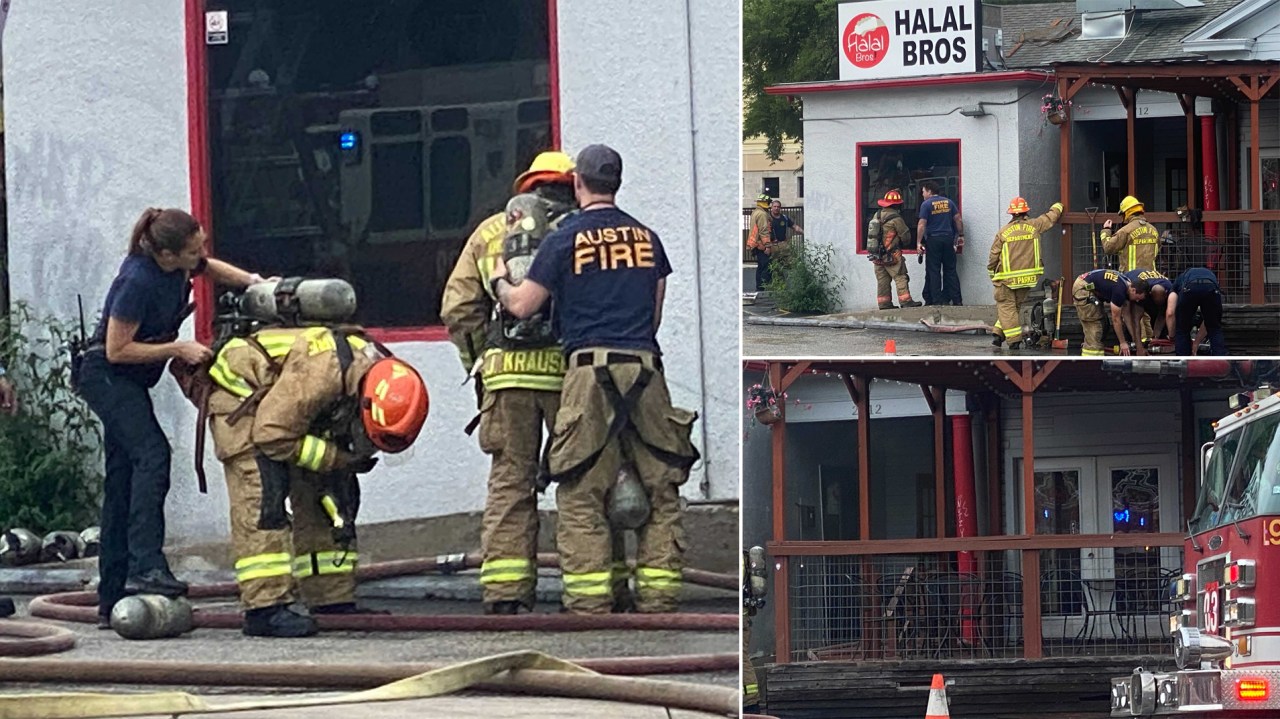 AUSTIN (KXAN) — The fire is now out at a popular restaurant on Guadalupe Street near the University of Texas at Austin campus, the Austin Fire Department said Friday afternoon. No one was hurt, and firefighters say the cause was accidental.

“Fire started in wall and extended to into the attic,” the Austin Fire Department tweeted. “The building was built in 1920 and the construction features made it difficult to access the fire.”

The fire continued to burn for about an hour before firefighters were able to put it out.

At least four fire trucks and dozens of firefighters quickly responded to the fire.

Halal Bros is a family-owned business with three brick-and-mortar locations in Austin, plus a food truck. Their business started in 2010, serving Halal and Middle Eastern food.