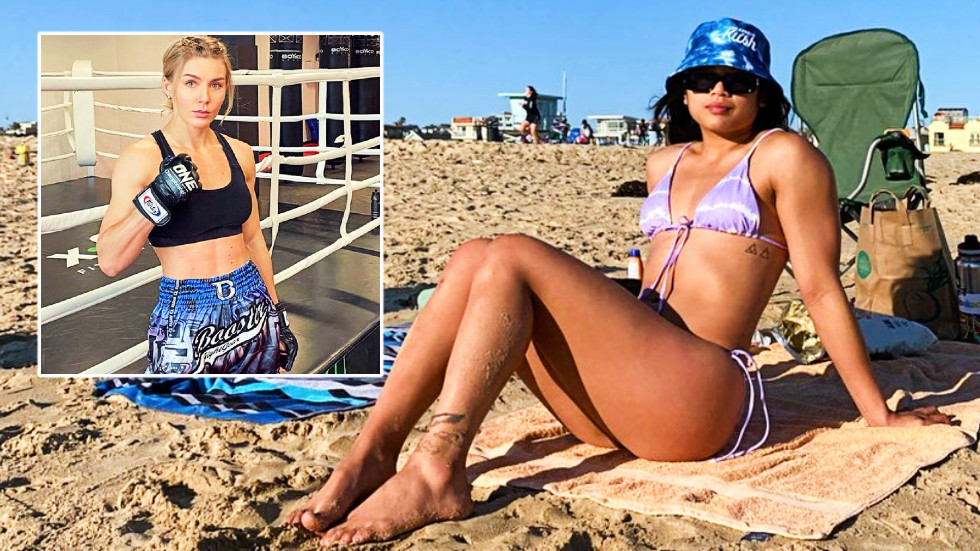 Muay Thai aces Jackie Buntan and Ekaterina Vandaryeva fought out a tight scrap as the kickboxer known as ‘barbie’ suffered a second loss with ONE Championship – although Buntan admitted her opponent had thrown more shots than her.

Some fans felt that glamorous Vandaryeva should have won on the scorecards at the Singapore Indoor Stadium, where US brawler Buntan earned a majority decision after upping her workrate towards the end of the showdown.

Boasting a height and reach advantage, Vandaryeva went on the attack in the first round and took control of the second stanza before Buntan landed a clean combo late on, catching the eyes of the judges to improve her record to 22 wins from 27 outings.

The 28-year-old shook her head as the decision was announced and later promoted a post from a management company account on Instagram that said: “We both know who was the winner of this fight.”

Vandaryeva did not immediately comment after the contest but shared messages she had been sent and told her followers: “Thank you very much for your support. I am getting stronger.”

Undefeated Buntan earned her second professional win. “I wasn’t able to talk to her,” she said of Vandaryeva, with whom she shared the briefest of embraces afterwards.

“I agree it was a close fight but I was able to pick it up, especially in the last round, and score more shots that landed.

“I feel like she may have been throwing more but I was missing a whole lot of her shots, whereas I was landing more.

“I think I scored the clear shots which were landing, which helped me out with the scorecards going in my favor.”

Not everyone agreed. “Nope,” said one viewer upon learning the result. “I had round one even, round two Vandaryeva, round three Vandaryeva.

“Buntan’s corner kept pressing her to get inside but she was either getting caught with a right or low kick when she came in.

“Vandaryeva touched her up and really only took one clean one-two in that last round.”

In an appraisal that most of the audience reacting on social media seemed to agree with, another declared: “Too bad there had to be a winner. It’s a draw from me.”

The official fight report from the promotion suggested that Buntan has put herself in line for a crack at the strawweight title with her win.

After pushing her all the way, Vandaryeva will undoubtedly feel that she should also be in the reckoning at the top of the division.