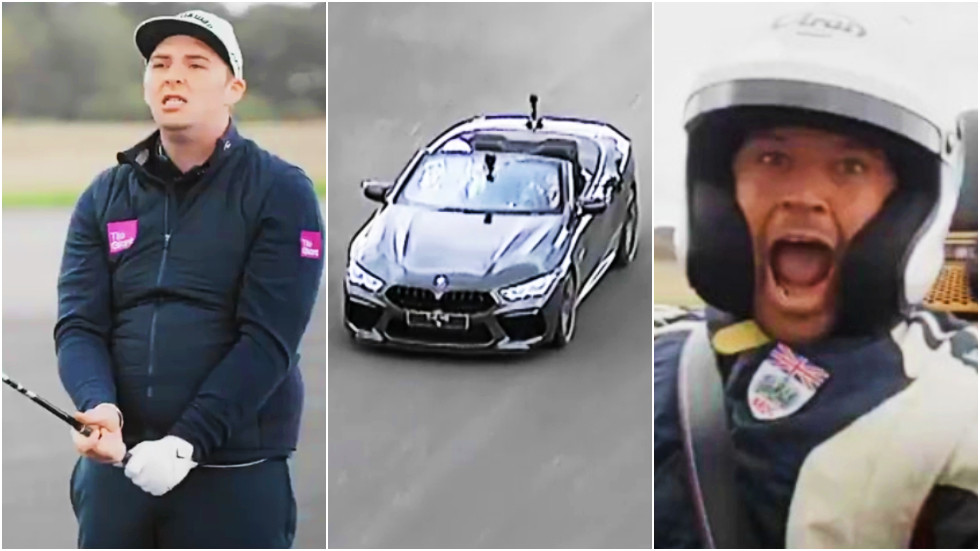 Golfer Marcus Armitage and racing driver Paul O’Neill have set a new world record for the longest shot hit and caught in a moving car, breaking the previous best set by a pairing including ex-Formula One ace David Coulthard.

European Tour pro Armitage was seen shouting “get in there” as the daring duo completed the remarkable feat at the Elvington Airfield, near York in the north of England.

Nicknamed ‘The Bullet’, Armitage understandably struggled with his initial attempts to nail the shot, which he ultimately managed from 303 yards after attempting to direct his effort towards a car which O’Neill said had been traveling at around 143mph.

“I know it’s a golf ball and a car but as a kid I never thought I’d get the chance, to be honest.

“We used the same windscreen and we had a spare car but never used it. Anything is possible when you’re from [UK town] Widnes.”

Even more impressively, the pair broke the previous record, set by 13-time Formula One grand prix winner David Coulthard and golfer Jake Shepherd in 2012, by 30 yards.

Bit emotional here… I know it’s a golf ball and a car but as a kid I never thought I’d get the chance of the below to be honest 🤷🏻‍♂️Won some @BTCC races ✅Won in @BritishGT ✅Wanted to be in the @BRDCSilverstone ✅Wanted to commentate ✅Guinness World Record Holder ❤️ pic.twitter.com/oW0jwLmUuW

Actually we didn’t need the backup car. Windscreen is a different story 😉

Armitage admitted he was “buzzing”, hailing O’Neill and a support team that included the European Tour.

@PaulONeill29 massive congratulations on your world record mate 👏👏👏, not gonna lie my anxiety was going thru the roof with the balls hitting that beemer 🏌️‍♂️🏌️‍♂️

“Massive congratulations on your world record,” said one of the many admiring messages O’Neill was inundated with after appearing on several TV stations to discuss the stunt.

“Not going to lie – my anxiety was going through the roof with the balls hitting that BMW.”

Also on rt.com ‘You never see this in Toronto’: Alligator joins football training session after MLS team is forced to relocate to Florida (VIDEO)