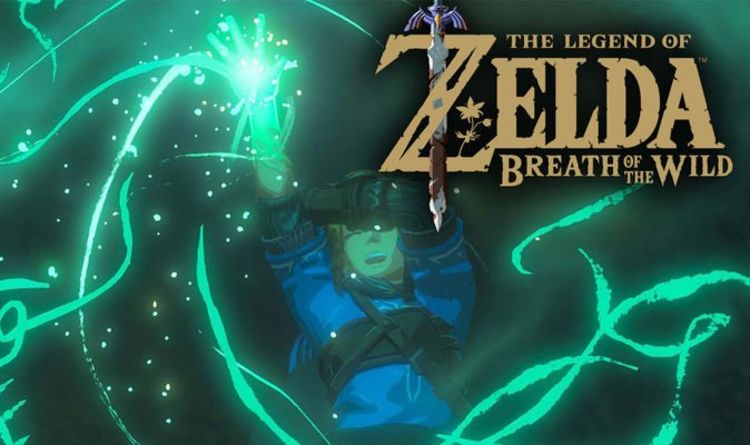 The Legend of Zelda Breath of the Wild 2 fans have been given fresh hope of a 2021 release date for the Nintendo Switch sequel.

According to a fresh new report online, production has ramped up on the new Breath of the Wild game.

As reported by VGC, Nintendo studio Monolith Soft is currently on a hiring spree, advertising for 40 positions.

Interestingly, at least five of the jobs are for a Zelda game, which is almost certainly Breath of the Wild 2 on Nintendo Switch.

With around 40 jobs being advertised, Monolith Soft is likely working on a big project alongside Breath of the Wild 2.

As for Breath of the Wild 2, the Nintendo Switch sequel was announced during E3 2019.

Unfortunately, however, little is known about Breath of the Wild 2, other than the fact that it’s coming to Nintendo Switch.

Nintendo also previewed the game with a new story trailer, teasing a dangerous new enemy for Link and Zelda.

Indeed, the game is said to be darker in tone than previous Zelda entries – especially compared to Link’s Awakening.

That’s according to producer Eiji Aonuma, who previously said: “The new Breath of the Wild or the sequel to it, it’s not necessarily going to be related to Majora’s mask or inspired by it… What we showed you currently is a little darker.”

There’s a good chance we’ll find out more in June, especially as 2021 represents the 35th anniversary of the franchise.

Based on a new trademark filed by Nintendo, the company has plans to celebrate the anniversary in style.

The trademark filing – which can be seen below – covers everything from video games and downloadable content, to clothing, key rings and even bedding.

Nintendo filed a similar trademark covering many of the same items for the Mario series last year.

Series producer Eiji Aonuma recently gave fans an update on Breath of the Wild 2, but it’s not exactly good news.

“Regarding the sequel, in order to make the vast world you enjoyed exploring in the original game even more impressive, the team is working hard on its development, so you’ll have to wait a bit longer before we can provide more updates,” Aonuma said during a recent Direct conference.