Brexit POLL: Should Boris threaten to cut off EU from... 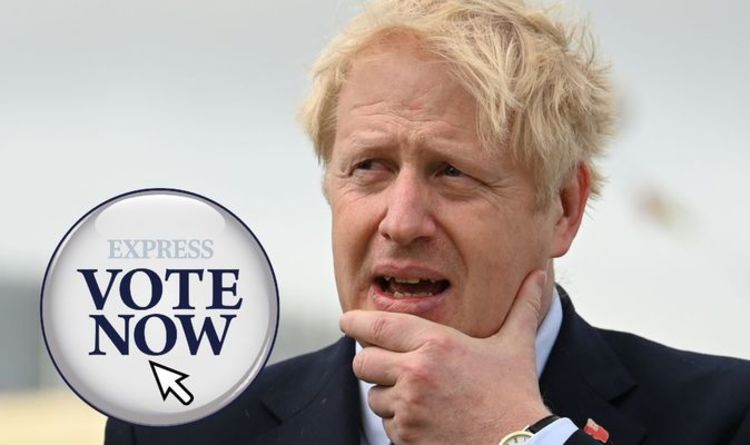 Despite the predictions of doom-mongers in the wake of the 2016 referendum, the much-anticipated exodus of finance jobs to Frankfurt and Paris has so far failed to materialise. The Prime Minister yesterday received a timely boost after the Financial Services Bill became law after receiving Royal Assent, amending existing laws in 17 areas, including banking rules.

John Glen MP, Economic Secretary to the Treasury, commented: “For the first time in decades, the UK has full control of its own financial services regulation.”

However, uncertainty remains, largely because the trade deal which Mr Johnson signed in December contained little on the subject.

Speaking yesterday, Jayne Adye, the director of the Get Britain Out campaign, said: “Just a few weeks ago – after years of negotiations – it was announced the United Kingdom had come to a ‘Memorandum of Understanding’ on Financial Services’ access to both the UK and the EU market.

“However, while this may sound significant, in reality all this ‘Memorandum’ does is show both sides “…have agreed to talk about the issue further” in a set format.

“It brings zero change to the challenges faced by the UK’s Financial Services sector!

“It must be said however, that a deal on Financial Services cannot come at any cost.”

JUST IN: Macron’s EU conference cameo is a ‘terrible humiliation’

Speaking in the aftermath of the referendum, Xavier Rolet, former chief executive of the London Stock Exchange, claimed more than 230,000 jobs could be lost as a result.

However, a straw poll undertaken by the Economist this week indicated this had emphatically not been the case, with JP Morgan moving just 400 jobs out of the UK by the end of the year, and Morgan Stanley a mere 150.

Speaking to Express.co.uk yesterday, Robert Oulds, director of the Bruges Group, said “In an attempt to undermine the referendum result and subvert democracy, the fear mongers contributed to a great deal of national pain and delayed our exit from the EU, preventing us from enjoying the benefits of Brexit until now.

“Either the prophets of doom made-up scare stories to please political masters or they are incapable of doing their jobs properly.

“They need to take an honest look at themselves, if that is possible, and decide which one it is.

“The Bruges Group and other eurosceptics are happy to take them back to school.”

Chairman of The CityUnited Project think-tank, Professor Daniel Hodson, said it was clear how heavily markets – including those within the EU27 – relied on the City and that Mr Johnson would do well to bear that in mind.

He added: “The City is a global leader in financial services.

“Why should it fear temporary threats from one of the several single currency financial centres within one of its many world markets?

“The decision-makers and the value-added remain put and will always look for the safe, liquid, well-regulated, and most importantly non-protectionist markets that the City provides and will continue to provide.”