Colin Jackson almost had to quit Dancing on Ice due... 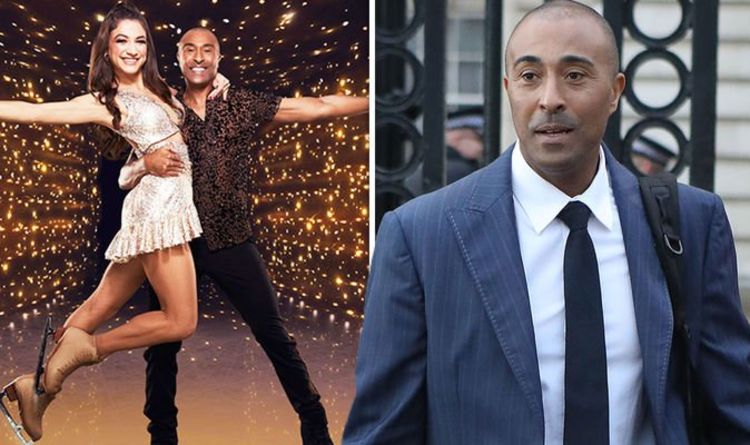 Colin Jackson, 54, reached the final of Dancing on Ice 2021, and narrowly missed out on the trophy to Sonny Jay. However, the Welsh athlete has now revealed he almost had to miss out on his impressive stint in the ITV show after suffering from a severe allergic reaction.

Detailing his battles with allergies including hay fever, Colin explained his latex and neoprene allergy nearly cost him his position in the celebrity line-up.

Speaking exclusively to Express.co.uk about working with klarify on their allergy awareness campaign, Colin divulged: “I have a latex and a neoprene allergy as well.

“And just now, doing Dancing on Ice, when I was in one of the apartments we were staying at, they put a latex mattress protector under the bottom sheet of the bed, and of course, you don’t know, do you?

“And then of course I went to bed and I woke up the next day, my skin was literally on fire.

“It was like, from my shoulders, down to my ankles. But, we made it through, which was the most important thing in that circumstance.

“And so yeah, I was very happy with that.”

The former Olympian added: “So that’s why the collaboration with klarify is kind of working nicely, because that’s what they’re doing as well, is trying to get the message out there to people about what it’s like to suffer from allergies and then giving people the opportunity to have home tests.

“I mean, this is going to sound really weird when I say this, but there’s one particular brand of crisps, and myself and my sister, if we eat this particular flavour in this brand, we come up with rashes, hives.

“So that is one of the things, and it’s because of one of the flavourings they use on it, and it’s not massive rash, but both of us, we come out in hives on our body.

“We know we avoid the crisps now, but we don’t know what was in the crisps, what the particular substance was. So, again, doing something like a home allergy test in this sense will help.”

Despite his negative experience with his allergic reaction, Colin gushed about how much he enjoyed Dancing on Ice overall.

He exclaimed: “I absolutely loved it. I mean, each day I was pinching myself to say what I was doing during lockdown.

“I was learning to skate, I was getting a life skill, and people go, ‘How is skating a life skill?’ But it is, you’re learning, so you’re engaging your mind and the physical aspect of it as well, of skating and training.”

For more information on klarify and their campaign, Unleash Your Full Potential, visit uk.klarify.me’.

Express readers will also receive a 10% discount on klarify’s Home Allergy Test – which can be redeemed by using the code: HAT10.