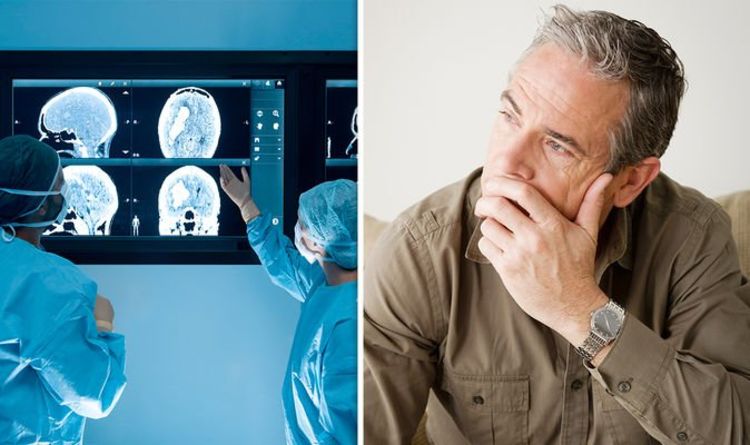 Speaking exclusively to the Express.co.uk is Dr Eszter Vamos – the lead researcher from Imperial College London. “It’s never too late, or early, to reduce your risk of dementia,” she said. “Our research conducted among people with diabetes highlights that while it is never too late to take action, mid-life (usually defined as 45 to 64 years) is very important to help reduce the risk of dementia.” Having diabetes is already a risk factor for dementia, but Dr Vamos found that higher blood pressure and cholesterol levels increased the risk further.

The findings demonstrated that changes in blood pressure differed between those who did and didn’t develop dementia.

People with higher blood pressure readings earlier on in life were more likely to develop dementia.

In addition, blood sugar and cholesterol levels were also found to be generally higher across the entire 20-year period among people with type 2 diabetes who developed dementia compared to those who didn’t.

Dr Vamos commented on the data: “Our results emphasise the importance of carefully managing cardiometabolic factors such as blood pressure, cholesterol and glucose levels early on for people with type 2 diabetes.

Dr Vamos continued: “While this study can’t confirm causal associations, these results show that blood pressure and other cardiometabolic factors could be contributing to dementia development up to two decades before diagnosis.”

Another interesting finding was that 11 to 19 years before their dementia diagnosis, blood pressure readings steeply declined.

In addition, the diabetic group who later developed dementia had a decline in body weight up to 11 years prior to their diagnosis.

“Previous research has shown that weight and blood pressure often reduce during the early stages of dementia, years before its diagnosis,” Dr Vamos said.

“These changes might be the result of dementia itself, due to gradual changes in behaviour including diet, reduced calorie intake, and physical activity.”

Dr Vamos’s study results highlight the importance of keeping blood pressure and cholesterol levels under control in order to mitigate the risk of dementia.

Director of Research at Diabetes UK, Dr Elizabeth Robertson, said that “for the first time, researchers have uncovered a pattern of changes in people with type 2 diabetes that are associated with dementia”.

Becoming aware of these risk factors – high blood pressure and high cholesterol – is “vital in given people with type 2 diabetes the best possible care”.

Dementia UK advises everybody – whether or not you have diabetes – to eat healthy, keep active, reduce alcohol intake and to not smoke.

Leading a healthy lifestyle is the best preventative tool you have to reduce your risk of disease.

Dr Vamos presented her findings to the scientific community on Tuesday, April 27 2021.