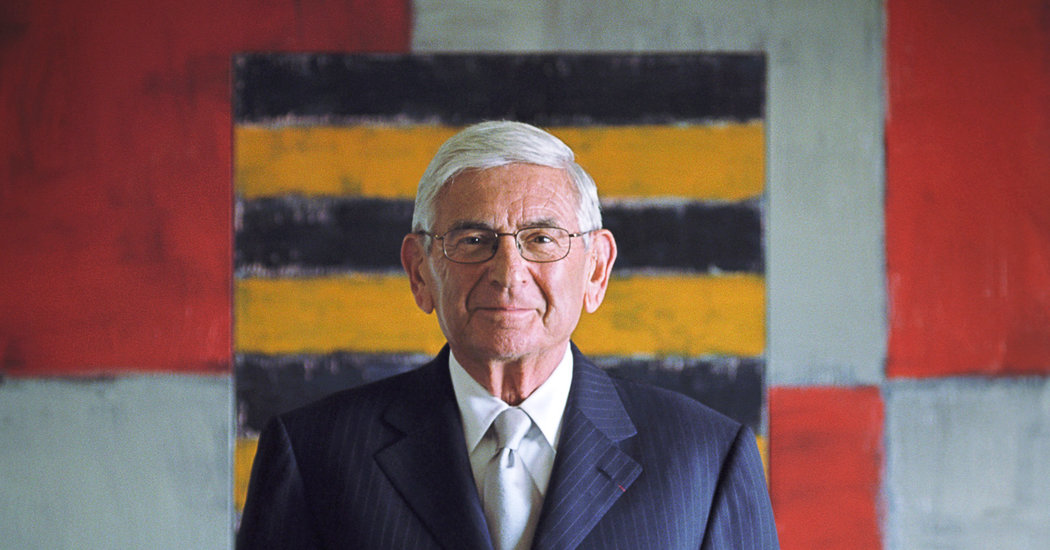 Even his critics had to concede, however, that he was probably the most effective civic leader Los Angeles had seen since Dorothy Chandler, a remarkable achievement for a transplanted Midwesterner with no family ties to his adopted city.

“There’s no curtain you can’t get through in Los Angeles — no religious curtain, no curtain about where you came from,” Mr. Broad told The New York Times in 2001. “It’s a meritocracy, unlike some other cities. If you have ideas here, if you have energy, you’ll be accepted. I love L.A.”

Eli Broad was born in the Bronx on June 6, 1933, the only child of Jewish immigrants from Lithuania. When he was 7, the family moved to Detroit, where his father opened a dime store.

After graduating from Detroit Central High, he entered Michigan State College (now University), where he earned a bachelor’s degree in accounting in three years. Soon after, he married Edythe Lawson, known as Edye, who survives him, as do their two sons, Jeffrey and Gary.

After working for a small accounting firm, he formed a partnership with Donald Kaufman to build no-frills tract houses in the Detroit suburbs. The Kaufman and Broad Building Company soon expanded to Phoenix and Los Angeles, where Mr. Broad moved in 1964.

In 1971, the company diversified, spending $ 52 million for a sleepy Baltimore insurance company, Sun Life, which became a powerhouse when Mr. Broad focused on selling annuities and financial planning services to baby boomers. Renamed Sun America in 1993, it was sold to the American International Group, the insurance giant, in 1998 for $ 18 billion, netting Mr. Broad more than $ 3 billion.

Mr. Broad began collecting art in the 1960s after his wife began making the rounds of the galleries on La Cienega Street and brought home a Braque print and a Toulouse-Lautrec poster. He spent $ 85,000 on his first purchase, a drawing by Van Gogh. Works by Matisse, Modigliani, Miró and Henry Moore followed.