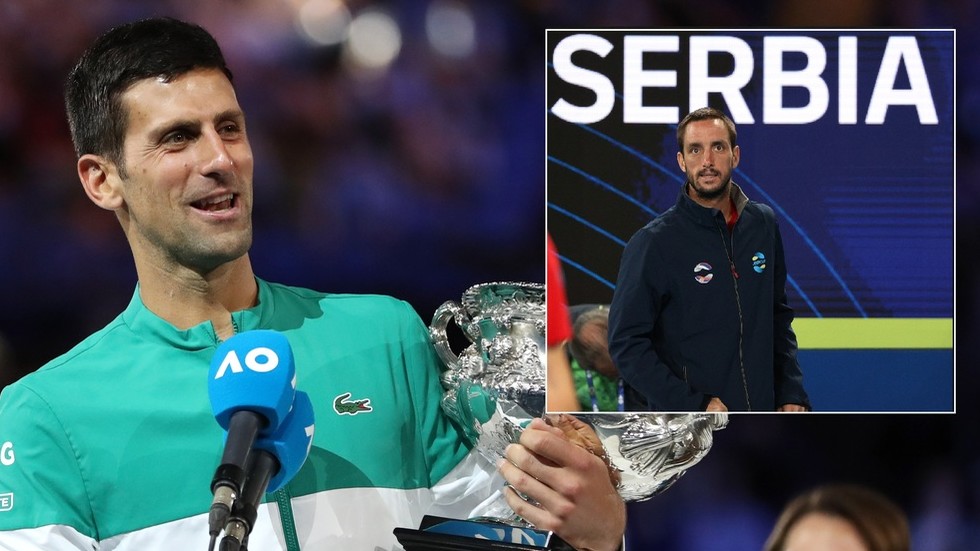 There is an “aversion” towards Novak Djokovic among some sections of the media because the Serb disrupted the dominance of fan favorites Roger Federer and Rafael Nadal, according to countryman Viktor Troicki.

World number one Djokovic, 33, could potentially finish his career with an all-time record haul of Grand Slam titles. The Serb currently has 18 to his name – two behind the tally held by fellow greats Nadal and Federer.

Djokovic was the victor at the Australian Open earlier this season, comfortably seeing off young Russian pretender Daniil Medvedev in the final, although heading into Roland-Garros clay court king Nadal will be the hot favorite to add to his 13 titles in the French capital.

Despite rivalling Nadal and Swiss icon Federer on court for so long, Djokovic is widely perceived as the least popular of the trio and has also come under fire for his stance on the Covid-19 vaccine as well as organizing the ill-fated Adria Tour amid the pandemic last summer.

At this year’s Australian Open, Djokovic was labeled “a tool” by fellow pro Nick Kyrgios for suggesting that some players forced into hard quarantine could be offered better conditions to allow them to train.

Also on rt.com ‘Djokovic is a tool’: Nick Kyrgios slams complaints from quarantining stars as Tomic’s girlfriend is forced to ‘wash own hair’

For countryman Troicki – a former world number 12 who has three ATP Tour titles to his name – the perceptions of Djokovic among many fans and members of the media are often misguided.

“We all see that aversion. It is very easy to see,” Troicki said in a recent interview in his homeland when asked if Djokovic is treated with hostility by some in the western media.

“The fact is, Rafael Nadal and Roger Federer were at the top before Nole appeared, and then suddenly a guy from Serbia came and won all the tournaments.

“That doesn’t please others. We all know what the situation has been like in our country in recent decades, the world doesn’t have a good image of us, so not everyone, but some [people] condemn it and have the wrong image of it.”

Djokovic has been derided for his alternative views on issues such as self-healing and outlandish suggestions that the power of positive energy could cleanse polluted water.

However, even the Serbian star’s Adria Tour last summer – which ended in a blaze of ignominy when it was canceled following a spate of Covid-19 infections – was based on charitable intentions to help people in his native Balkans.

“He is above all a well-meaning man, he wants to help everyone, which he’s shown many times,” added Troicki, who joined Djokovic on the doomed Adria Tour last June.

“The fact that they condemn him, or they don’t know him, or they want to make a sensation where there is none, it’s not nice, they’re wrong in many situations.”

Since winning the Australian Open in February, Djokovic has suffered a shock early exit at the Monte-Carlo Masters and a semi-final defeat to Russian underdog Aslan Karatsev at his home Serbian Open.

Despite those setbacks, Troicki says his countryman will be in contention for more Grand Slam success this year – something which the world number one himself has said he will focus on, potentially at the expense of performances elsewhere.

“His priority is to win Grand Slams,” Troicki said. “In Paris it won’t be easy, but he’s a favorite at Wimbledon and at the US Open, he should win another Slam this year.”

Also on rt.com Yet again, Novak Djokovic rises above the slings and arrows to prove his class on court