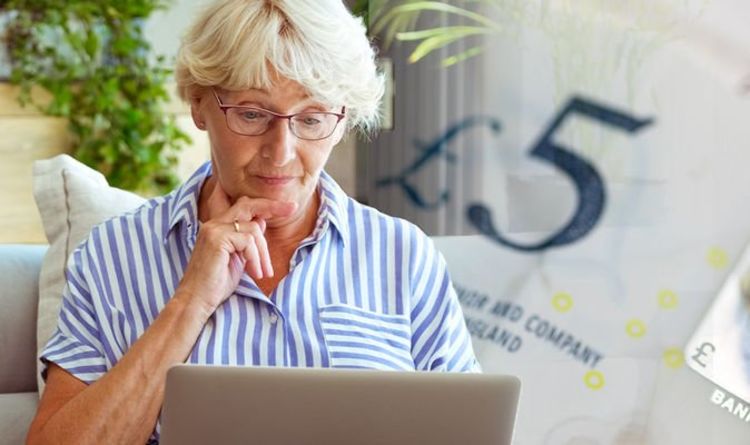 Unless something is done to tackle the issue, millions of people risk ending up thousands of pounds worse off than their male counterparts, according to research by Profile Pensions. Analysis of the pensions expert’s own data from more than 20,000 customers aged 22 to 66 shows the gender pension gap is widest in Northern Scotland.
It’s here that men’s pension pots are almost 50 percent greater than women’s.

On average, men in Northern Scotland have an average pension value of £41,603.

This is nearly double the size of the average pension value for women standing at £20,978.

The gap is also very wide in East Anglia – where the average male pension value is £45,429.

READ MORE: Virgin Money is offering Britons a 2% interest rate with account which ‘keeps on giving’

Greater London is the region featuring the lowest gender pension gap, where the average female pension pot is 30 percent higher than the female national average.

That said, London is where the greatest pension wealth is held, with men having, on average, £9,000 more in their pension pot.

Michelle Gribbin, Chief Investment Officer at Profile Pensions, said: “What we see with these findings, sadly, is that the gender pay gap and the gender pension gap go hand in hand.

“Men, on average, earn more than women, and therefore can save and receive larger contributions from employers into their pension pot.

“It’s clear there’s much more to be done to help women gain the security they need going into retirement.

Advertisements
“Under current UK law, employers contribute three percent to the employee’s pension pot, four percent comes direct from their payroll and the remaining one percent is made up by tax relief.

“Employees are able to decrease or increase this anytime that they see fit.”

Speaking exclusively to Express.co.uk, Ms Gribbin said: “This research makes us realise how much work needs doing around equality, the gender pay gap and the pension pay gap.

“The pension pay gap is due to majority of higher paid roles held by men, and contributing a correspondingly smaller amount into their own pension pot.”

She added: “A lot of work needs to be done to ensure that the gender pay gap is closed, giving women across the UK the security they need for when their time comes to retire.”

So, what does Profile Pensions suggest for those hoping to reduce the impact of individuals being affected by the gender pension gap?

Samantha Packham, pension adviser at Profile Pensions, said joining a workplace pension as soon as possible is her top tip.

“Now that the auto enrolment schemes are up and running, no one can deny that employers play a big part in helping to build our retirement pots.

“The normal age that an employee is invited to join their work place pension is 22.

“However, the vast majority of employees are entitled to opt into their workplace from 18.

“By asking to join the workplace pension earlier than the default age of 22, not only will workers benefit from the money they pay in, they will receive employer contributions and tax relief as well, which effectively doubles up the contributions.

“By opting in at the age of 18 instead of 22, that’s four extra years of ‘free money’ from your employers.