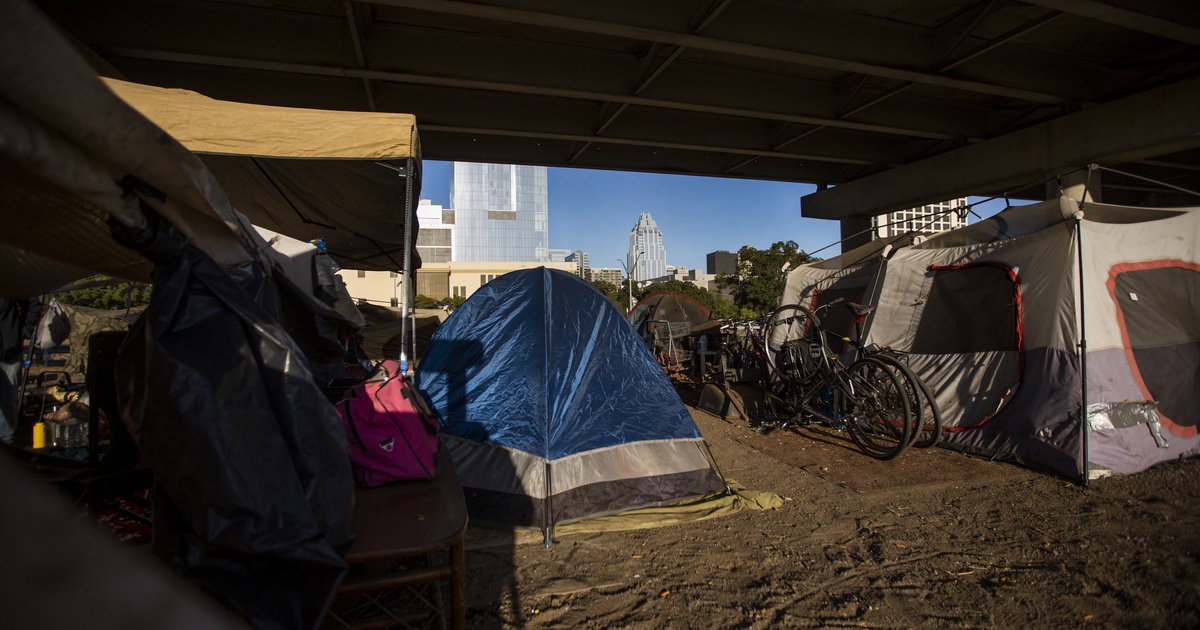 Austin voters reinstated a ban on public homeless encampments, according to The Austin American-Statesman. The paper reported that 57% of voters voted in favor of reinstating the ban, and 42% voted against it. Proposition B on that city’s ballot will also criminalize panhandling at certain places and during certain times.

Austin’s City Council decided to lift the ban on public encampments in certain areas in 2019, arguing that the policy had led to citations for people experiencing homelessness that hurt their ability to find housing. The move was quickly criticized by Gov. Greg Abbott, who promised to take action against Austin.

Although the visibility of homeless encampments has increased in Austin in recent years, both the Dallas and Houston areas have more people living in the streets, according to 2020 data. Some Austin residents have complained that allowing the encampments on public property — many are beneath overpasses or next to major roads — has created health and safety problems.

Meanwhile, the Texas Legislature is considering bills that would ban homeless encampments statewide. House Bill 1925 and Senate Bill 987 would make camping in an unapproved public place a Class C misdemeanor, punishable by a fine of up to $ 500.

The House bill was debated on the floor Monday, and Democrats attempted to amend the bill to decrease the penalties. After state Rep. Joe Deshotel, D-Beaumont, raised a point of order claiming a discrepancy in the bill’s witness list while in committee, it was sent back to the Urban Affairs Committee; it’s expected to receive a new hearing soon.

Austin Mayor Steve Adler has criticized both the city proposition and the Senate and House bills. Advocates for the homeless agreed that the bill won’t help efforts to house people experiencing homelessness.

Homeless service providers in other Texas cities say they also are worried about how a potential state law banning encampments could play out. Regulations and enforcement related to camping in public places vary greatly among cities. Some, like Austin, don’t have a universal ban, but camping is not allowed in places like public parks. Others, like Dallas, don’t have a ban but will remove encampments if there are safety concerns.​

Disclosure: Steve Adler is a former Texas Tribune board chairman and has been a financial supporter of the Tribune, a nonprofit, nonpartisan news organization that is funded in part by donations from members, foundations and corporate sponsors. Financial supporters play no role in the Tribune’s journalism. Find a complete list of them here.