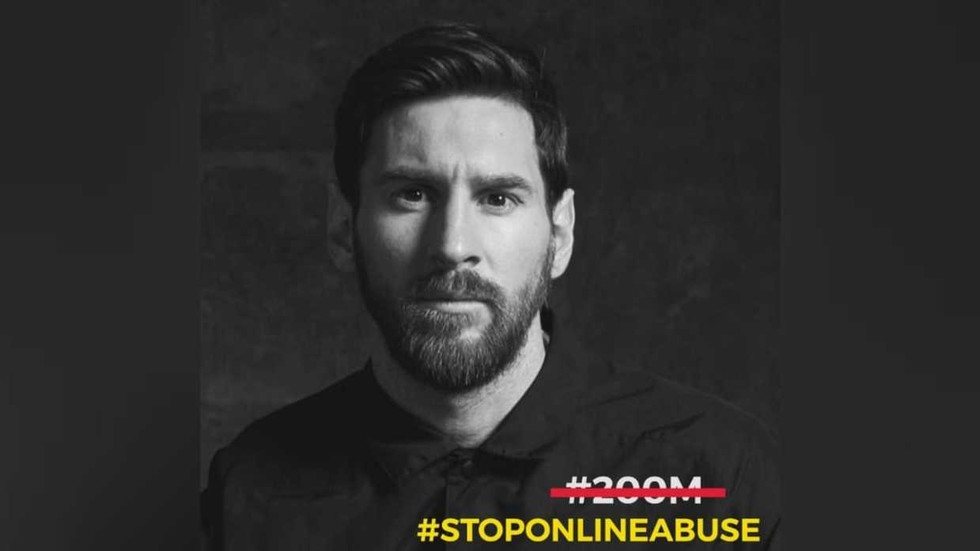 Football legend Lionel Messi has refused to celebrate passing 200 million followers on Instagram. Instead, he preferred to draw attention to the battle against online abuse and bullying while addressing the impressive landmark.

“I see I’ve just reached 200 million people following me on this network,” Messi began in a message to the world.

“However, based on what is happening today, I am not going to take it as a reason to celebrate.

“Of course, I appreciate all the love and support I always receive from you, but I think it is time to give importance to all the people who are behind each profile,” he added.

“We realize that behind each account there is a person of flesh and bone, who laughs, cries, enjoys and suffers. Human beings with feelings.

“It doesn’t matter if we’re anonymous, celebrities, athletes, referees or fans of the game. No one deserves to be mistreated or insulted.”

“We have lived to see and experience abuse getting worse on each of the networks without anyone doing anything to prevent it.

“We must strongly condemn these hostile attitudes and demand companies that manage the networks to take urgent action against these behaviors,” Messi signed off on the post, which has been ‘liked’ by more than 4.5 million users and counting.

Messi’s message comes as a host of sporting organizations across the UK are boycotting social media platforms this weekend, in a bid to press companies such as Twitter, Facebook and Instagram to do more to tackle racist abuse.

In celebration of World Immunization Week, the Argentine announced that that he would be joining UNICEF as vaccines “save the lives of 3 million children around the world every year, protecting them from life-threatening and highly infectious diseases”.

“#VaccinesWork,” he signed off, through a hashtag that accompanied an official video.

In the day job, Messi’s former teammate Daniel Alves has urged his favorite right flank partner not to leave Barcelona in the summer.

“I have said to Messi several times: he was born to be a Barcelona player and Barcelona were born to be his club,” Alves explained in an interview with the Guardian.

“Once he told me to stay in Barcelona because there wasn’t any place that was better.

“‘Where will you be happier?’ he asked me. So I stayed,” Alves revealed.

“Now I have reminded him of that conversation and that a good friend [him] advised me that Barcelona is the best place ever.”

“I haven’t had an answer from him yet,” Alves confessed.

“But when you leave Barcelona you realize how good it is.

“All the players, and I mean everyone, who has left Barcelona have been sorry. All of them regret leaving,” he insisted.

“When I left the club [to Juventus in 2016], I just wanted to show my value to get back. But, unfortunately, the same people who were against me when I was at the club stayed there,” he said, in a dig at resigned ex-president Josep Bartomeu.

“I showed that I was able to play for Barcelona for another 10 years. I tried to go back. I played to go back to Barcelona, but they didn’t want me anymore,” Alves lamented.