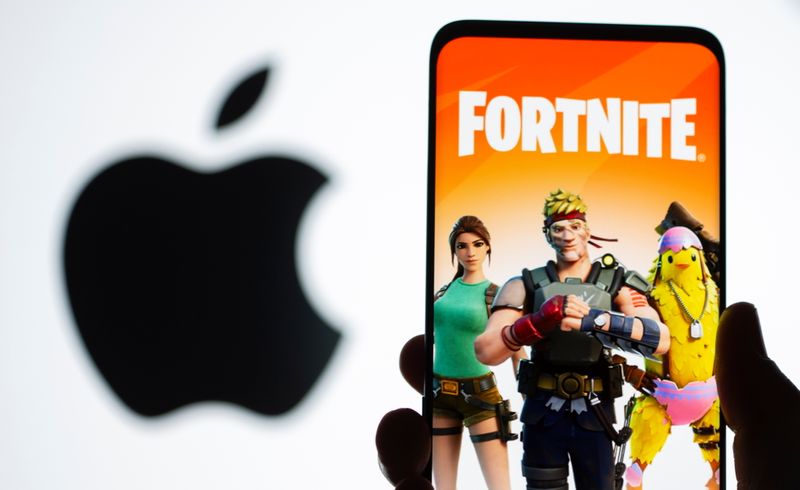 The lawsuit, which Epic brought last year in the U.S. District Court for the Northern District of California, centers on two of Apple practices that have become cornerstones of its business: Apple’s requirement that virtually all third-party software for the world’s 1 billion iPhones be distributed through its App Store, and the requirement that developers use Apple’s in-app purchase system, which charges commissions of up to 30%.

Both executives are expected to attend the entire trial, which will also feature in-person testimony from Apple Chief Executive Tim Cook and other senior executives at both firms.

Epic broke Apple’s rules last year when it introduced its own in-app payment system in “Fortnite” to circumnavigate Apple’s commissions. In response, Apple kicked Epic off its App Store.

Epic sued Apple, alleging the iPhone maker is abusing its power of app developers with App Store review rules and payment requirements that hurt competition in the software market. Epic also launched an aggressive public relations campaign to call attention to its allegations just as Apple’s practices have come under scrutiny from lawmakers and regulators in the United States and elsewhere.

Apple has countered Epic’s allegations by arguing that its App Store rules have made consumers feel safe and secure in opening their wallets up to unknown developers, helping create a massive market that all developers have benefited from. Apple argues that Epic intentionally broke its contracts with Apple because the game maker wanted a free ride on the iPhone maker’s platform.

Epic is not asking for money damages but is asking the court to hand down orders that would end many of Apple’s practices.

Disclaimer: Fusion Media would like to remind you that the data contained in this website is not necessarily real-time nor accurate. All CFDs (stocks, indexes, futures) and Forex prices are not provided by exchanges but rather by market makers, and so prices may not be accurate and may differ from the actual market price, meaning prices are indicative and not appropriate for trading purposes. Therefore Fusion Media doesn`t bear any responsibility for any trading losses you might incur as a result of using this data.Fusion Media or anyone involved with Fusion Media will not accept any liability for loss or damage as a result of reliance on the information including data, quotes, charts and buy/sell signals contained within this website. Please be fully informed regarding the risks and costs associated with trading the financial markets, it is one of the riskiest investment forms possible.