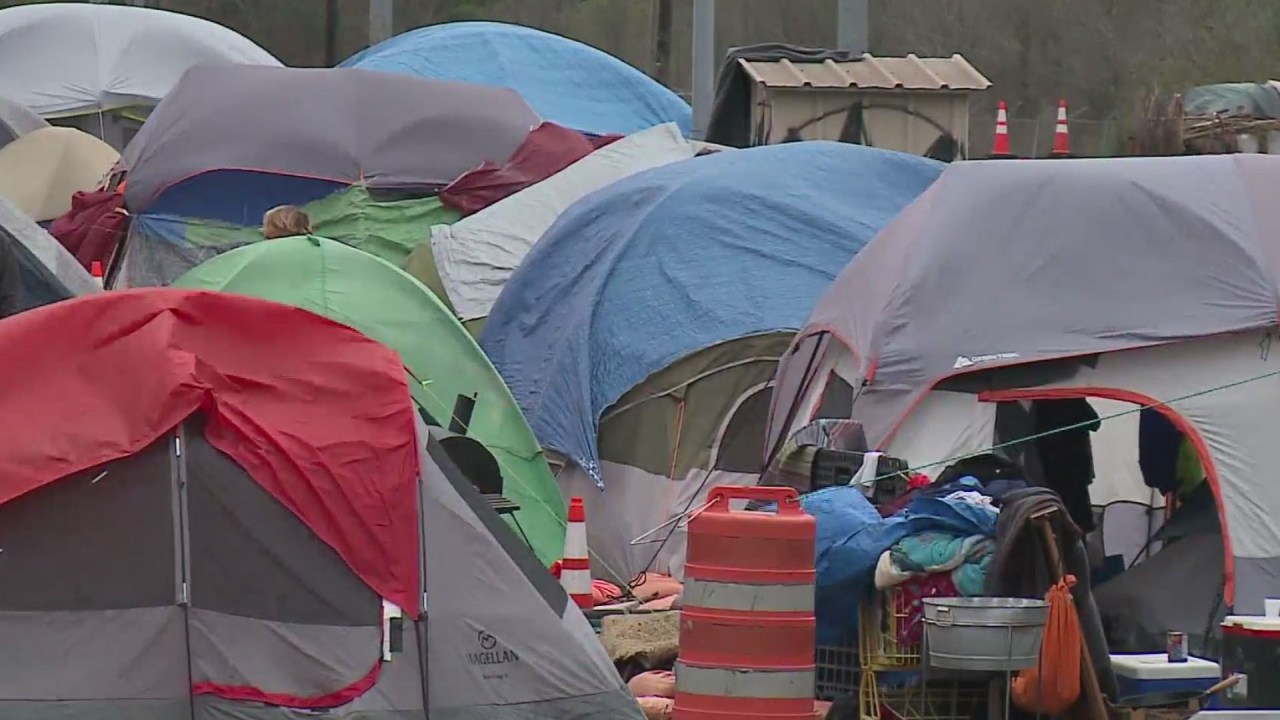 AUSTIN (KXAN) — While a controversial ban on public camping motivated Austin voters to get to the polls — and passed Saturday with nearly 58% of the vote — by Monday, many of Austin’s homeless still seemed unaware that the proposition existed, let alone passed.

Dozens of tents remain set up downtown beneath the I-35 overpass at 6th and 7th streets.

Abigail Wilson is among those who just found out about the Prop B ban. She said she had no interest in going to a shelter, and instead would seek refuge in a more isolated spot.

“I like to live off the grid. And living outside and in a tent,” she said. “And living like I want to.”

Rebecca Shivers said she came here from Missouri and was surprised to find there weren’t more homeless resources in a state as wealthy as Texas.

“Texas has got all this money, they should not be out here like this,” she said. “They got all them apartments coming to them, they need to give us all one.”

Speaking outside his tent, Gared Goff was aware of the new law. He admitted he’s worried, unsure of where he’ll go.

“The fear of the unknown, that’s where we’re at now with everybody,” he said. “Everybody can put on a façade, but in the end where are we going to go? We’ve got a lot of women out here, kids, what are they going to do?”

Teri Klima poked her head out of her tent to express frustration with the new law, which she also already knew about. She also is without a plan for shelter.

“I don’t know what I would do,” Klima said. “I have to go live out in the streets. Can’t take your tent or nothing, you know. I just pray to God that it works out.”

Latasha Price said she’s struggled to secure a spot in a shelter — and only recently secured a spot at the Salvation Army. Proposition B and its passage was news to her. Now she’s worried about her friends still living on the streets.

The 2021 homeless count did not happen in person because of the pandemic.