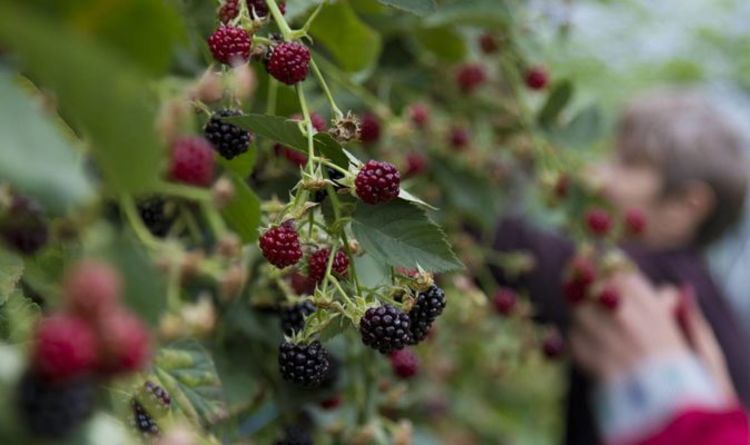 Brambles, commonly known as blackberry bushes, is a perennial bush that grows throughout Britain, recognised by its long, thorny shoots and for producing succulent blackberries. But while blackberries themselves are tasty by themselves and even better in a jam, their bushes can be a huge pain. Brambles can grow everywhere from gardens to pathways and roadsides and once a bramble appears, the plant seems to spread like wildfire – to the point killing and getting rid of them seems like an impossible feat.
As a woody perennial, brambles can be quite difficult to kill off entirely.

If you only cut back the stems and leave the roots, the plant is undoubtedly going to grow again within one year.

To make matters worse, the older the plant the more extensive the root system, making it even more difficult to remove completely as you need to get rid of all the roots or there’s not much point.

Luckily, however, there are a few different ways you can try to banish the brambles for good.

READ MORE: When to plant courgettes outside

You can also use the same method but using a homemade, natural weed killer instead.

However, while this is perfectly acceptable, it’s worth noting a homemade weed killer may not be as effective as a chemical one.

To create a weed killer at home, just combine a few litres of white wine or apple cider vinegar with salt, add a small amount of washing up liquid and leave for a few minutes.

Apply this mixture to the shoots and around the base then wait for the results.

Again, it’s worth noting this homemade remedy likely won’t work on large brambles, but is a great way to stop small plants from invading the garden.

Cutback and dig up

If you don’t want to use a chemical weed killer, your best bet is simply to cut back the whole plant and dig it up from its root.

This will take more time and effort, however, and there’s a good chance you’ll miss some roots if there is extensive growth below the soil.

If you’re prepared for the workload though, it’s an effective and permanent form of removal and will likely get rid of most of the plant.

Cut back all the shoots and runner just as with the previous method – but this time you will dig into the soil and remove the roots and stump.

Digging may be the best option for removal depending on where the growth is.

For example, if the brambles are growing through shrubs, flower beds or near a lawn then you may want to avoid weedkiller for fear the chemicals will damage surrounding plants.