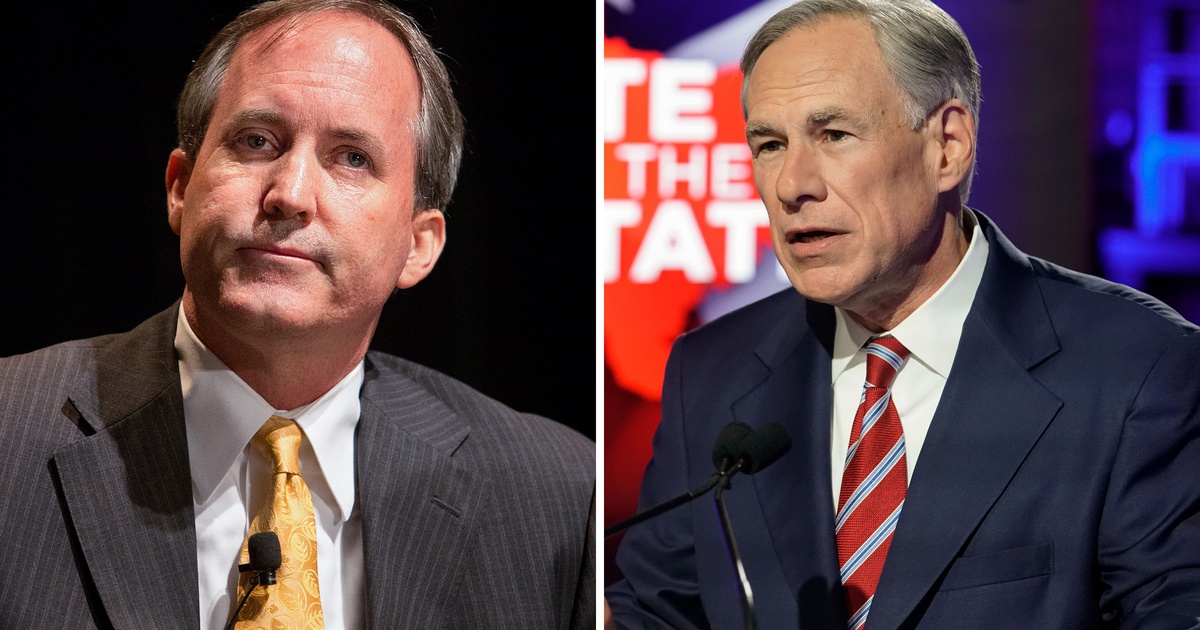 Texas Attorney General Ken Paxton said in a New York Times story published Tuesday that he does not support Gov. Greg Abbott, a fellow Republican, as Abbott runs for reelection, the latest — and most revealing — sign that some state GOP leaders are on a collision course ahead of the 2022 election.

“The way this typically works in a primary, is it’s kind of everybody running their own race,” Paxton told the Times. “I don’t think he supports me; I don’t support him.”

Within hours of the story’s publication, Paxton bashed it as “fake news” and insisted he supports Abbott. “He’s a great Governor and a Great Texan,” Paxton tweeted.

Abbott is up for a third term in 2022, and for months he has faced heat from some on his right, most notably over his response to the coronavirus pandemic. Paxton told the Times that he wished Abbott had reopened the state “a little bit earlier.”

A University of Texas/Texas Tribune poll released Tuesday found that 43% of Texas voters said they approve of the job Abbott is doing, compared to 45% who said they disapprove. His approval rating was 77% among Republicans, a number that has slowly ticked down throughout the pandemic. It was 88% in April 2020.

Agriculture Commissioner Sid Miller and Texas GOP Chairman Allen West have not ruled out challenging Abbott. Miller has also raised speculation that he could run against Lt. Gov. Dan Patrick. And Land Commissioner George P. Bush is looking at a bid against Paxton.

While Abbott has taken hits from his right recently, Paxton has his own political problems. He has been indicted on state securities fraud charges for most of his time as attorney general, and the FBI is now investigating allegations he used his office to benefit a wealthy donor. Paxton has denied wrongdoing in both cases.

Abbott, a former attorney general, has dealt cautiously with Paxton and his legal woes over the years. Abbott declined to say whether he voted to reelect Paxton in the 2018 primary — Paxton was unopposed — though Abbott went on to voice support for Paxton in the general election.

Abbott said the latest allegations against Paxton “raise serious concerns” but declined further comment until any probe is complete.

Paxton was a top ally of former President Donald Trump among attorneys general, and especially so during Trump’s final weeks in office, when Paxton launched a lawsuit challenging Trump’s reelection loss in four battleground states. Abbott expressed support for the lawsuit, which the U.S. Supreme Court refused to take up.

Through his legal troubles, Paxton’s campaign has insisted he intends to run for a third term as attorney general in 2022. If he sticks with that plan, he could face Bush, who has said he is “seriously considering” a run against Paxton.

An Abbott spokesperson did not immediately respond to a request for comment on Paxton’s comments to the Times.

A Paxton spokesperson, Ian Prior, said in a statement that the Times took Paxton’s comments out of context.

“What the Attorney General said was that typically, when running primary campaigns, candidates run their own races and do not get involved in other races,” Prior said. “This is not a unique concept.”