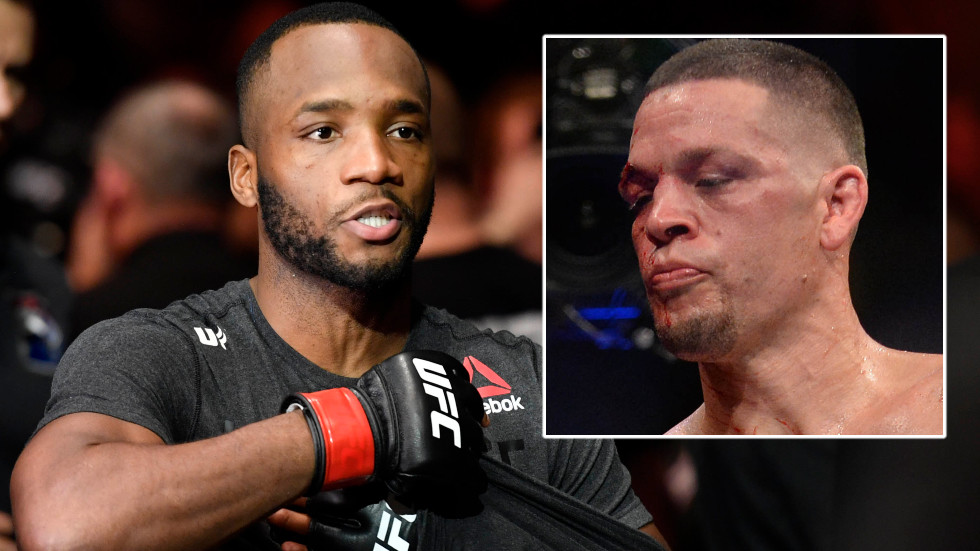 English bruiser Leon Edwards has suffered yet another setback in his bid for welterweight gold after his much-anticipated bout with Nate Diaz was postponed by a month due to an injury suffered by the Stockton slugger in training.

He may be undefeated in his past nine outings in the UFC cage but Edwards has endured some rotten luck in his bid to climb the ladder in the talent-rich 170lbs division in recent times – and through little fault of his own.

The latest setback was revealed overnight amid reports that his high-profile fight with Nate Diaz, which was scheduled for May 15, will now take place a month or so later later than advertized after Diaz was understood to have suffered a minor injury during training, necessitating the postponement of the welterweight scrap.

The new date for the rare five-round non-main event is June 12, where it will now take place on the card to be headlined by Israel Adesanya and Marvin Vettori’s middleweight title bout. Deiveson Figueiredo again defends his flyweight crown against Brandon Moreno at the same event.

No information has been released as to the nature of Diaz’s injury.

Edwards’ run of bad luck has extended more than a year. In March 2020, his UFC London headline bout opposite Tyron Woodley was shelved on the week of the fight due to Covid-19 guidelines instituted by the UK government – with Edwards also unable to accept a short notice fight with 170lbs champion Kamaru Usman due to similar travel restrictions. That fight ultimately went to Edwards’ rival, Jorge Masvidal.

He was then slated to face the undefeated Khamzat Chimaev late last year, but that too was canned due to both men contracting Covid-19 – with rescheduling complicated by the extent of Chimaev’s illness.

Edwards then accepted a fight against the tough Belal Muhammad in March, only for the fight to be declared a no-contest early in the second round following an accidental eye-poke delivered by the Brit.

It is now approaching two years since Edwards has competed in a full-length fight, and he remains unbeaten since 2016.

As for Diaz, the fight with Edwards will be his first outing in the cage since losing the ‘BMF’ title bout to Masvidal in late 2019 in a fight which was called off by the cageside doctor owing to a series of cuts on the Californian’s face.
Also on rt.com ‘Absolute banger’: Fans anticipating firefight as Leon Edwards handed tough Nate Diaz test in historic five-round contest