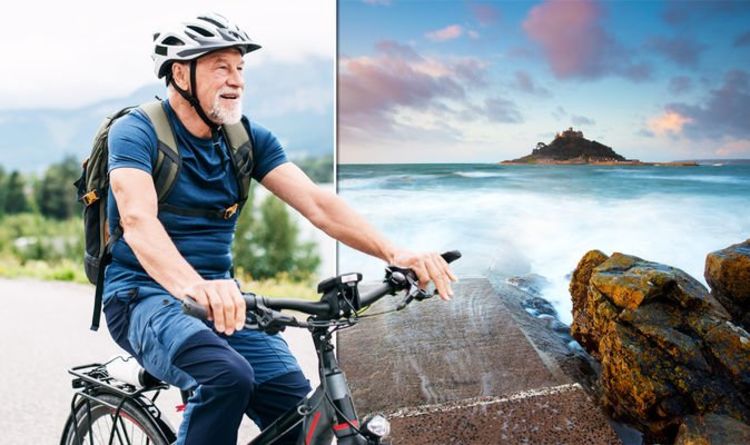 Cycling fans will be thrilled to know a new cycling route is opening. The route will begin at West Kernow Way begins and end in Penzance.
The ride will take in a number of England’s most beautiful sights.

It will be named the West Kernow Way and will take riders four days to complete.

On the journey, they will be treated to gorgeous views of the coast, an insight into England’s industrial history, and Bronze Age monuments.

Prepare to see Land’s End and Lizard Point, the former the most westerly place in mainland England, the latter the most southerly.

READ MORE: Will Germany be on the green list?

As will the Men-an-Tol, the standing stones, and castle Carn Brea.

Cycling UK’s campaign officer, Sophie Gordon, said: “The landscape has so much to offer, from the natural beauty of Lizard Point to the wilds of the north coast, but we want to dive into the culture and history of Cornwall too.

“The benefit of cycling off-road along the West Kernow Way is that you will steer clear of the crowds, and be able to visit the sites and find the hidden gems of Cornwall, all without filling the lanes with another car.

“Cornwall’s climate makes it attractive for cycle touring and bike packing outside of the traditional peak summer months.

As such, camping and caravan holidays have seen an influx of interest.

Which are the best UK beaches for a Britain-based trip?

According to Which? Travel there are some beaches in the British Isles that prove more popular than others.