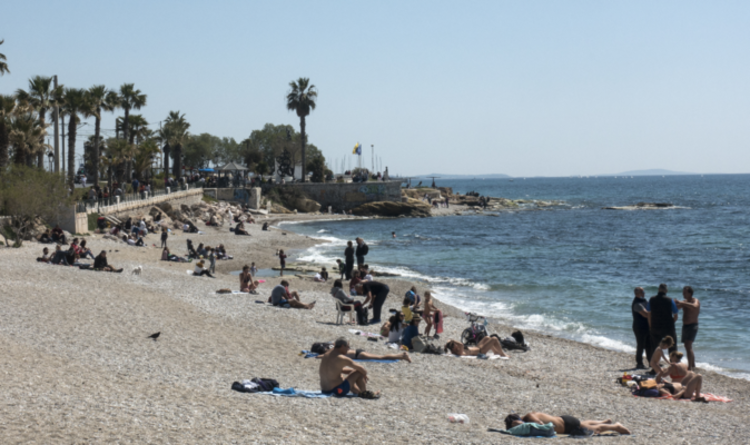 Prime Minister Boris Johnson is expected to announce which countries will make the “green list” soon. The list enables Britons to go on holidays without having to quarantine on return to the UK. International travel will be permitted from the UK from May 17 at the earliest under the Government’s roadmap out of lockdown.
And, in a major boost for holidaymakers, Greece, Spain and France could be listed by the end of June, according to The Telegraph.

Transport secretary Grant Shapps suggested an initial deadline of revealing the list of around late April.

However, the Government has missed this deadline and an announcement in early May is still expected.

This opens up the possibility for more nations to be added.

Internal European Union figures suggest Italy, France, Germany, Spain and the Netherlands could be able to fully vaccinate more than 55 percent of their population by the end of June.

On Monday, the Prime Minister said there was a “good chance” Britain will able to completely dismiss to social distancing measures from June 21.

Speaking during a local election campaign visit to Hartlepool, Mr Johnson said: “I think we’ve got a good chance, a good chance, of being able to dispense with one-metre plus.”

He also confirmed the Government’s intentions to go ahead with further openings of the economy on May 17, including some international travel if it was safe to do so.