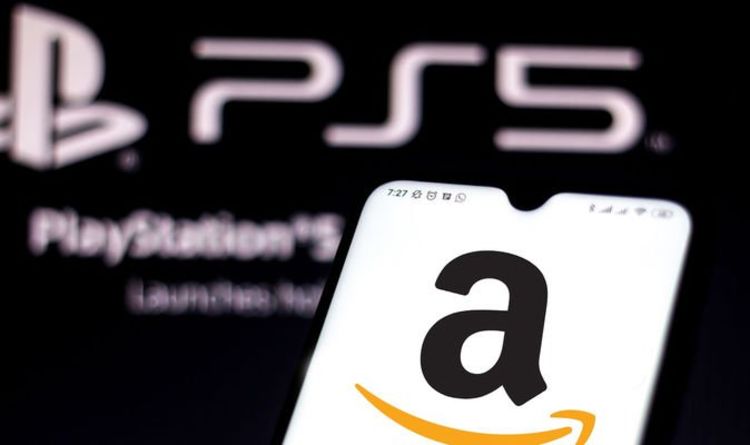 A shortlist of UK retailers have been linked to a large shipment of PS5 consoles dropping in May 2021.

And the good news is that the first consoles could be arriving this week from the likes of Argos, Very and GAME.

As usual, there is always the risk of delays and changes in plans when it comes to the timing of PS5 restocks.

But even if nothing new materialises in the coming days, it will just mean a very busy week ahead between May 10 and May 14.

And a new retailer has been added to the list of possible suppliers in early May, with Amazon UK linked to a big shipment.

According to PS5 Instant – a reliable stock tracker account on Twitter – Amazon is scheduling new drops for next week.

The latest message reads: “PS5 stock for Amazon should still be 10-17th. PS5 shipments are starting to arrive at warehouses across the UK.”

However, other stock tracker accounts aren’t so sure, with the PS5 UK Stock Alert account on Twitter sharing today:

“There’s currently no hard evidence or rumour of an Amazon UK restock however, out of the blue restocks may occur as we’ve seen with Smyths Toys.

“John Lewis expects PlayStation 5 shipments to arrive between 3rd-8th May. There is no information on stock count. They should be going live with a drop between 11th-13th May.”

Argos is expected to be one of the first UK retailers to offer a PlayStation 5 restock in May, although it could also be Very or GAME.

There are still hopes that a PS5 stock drop will happen this week but if it doesn’t, this will mean a big drop during the week of May 10.

A message from PS5 UK Stock Alert adds: “Some PlayStation 5 shipments have arrived into warehouses over at Argos earlier today. The rest of the shipments allocated for Argos is expected to arrive this Thursday, with stock being distributed over the weekend, ready for May 11th.”

PlayStation 5 consoles remain highly sought after, and even with several large stock drops expected in May, it’s unlikely that supply will keep up with demand.

Gamers have been warned several times that it could be months before there are enough next-gen consoles to go around, meaning some in the UK will be waiting until Summer.

However, other recent reports suggest that it could take longer, meaning problems could continue into the busy November season.

GAME: GAME is a UK retailer that offers the most regular stock updates for PS5 consoles. However, console hunters have been warned to use Guest Checkout, as this option is less likely to crash when completing a purchase. GAME is currently expected to get its next major restock during May 2021.

ARGOS: The Argos website is notorious for crashing and being unable to complete purchases when site traffic is high. Stock trackers suggest using the mobile Argos app and keeping an eye on local store listings. Argos is not expected to receive any more stock until May 5 at the earliest.