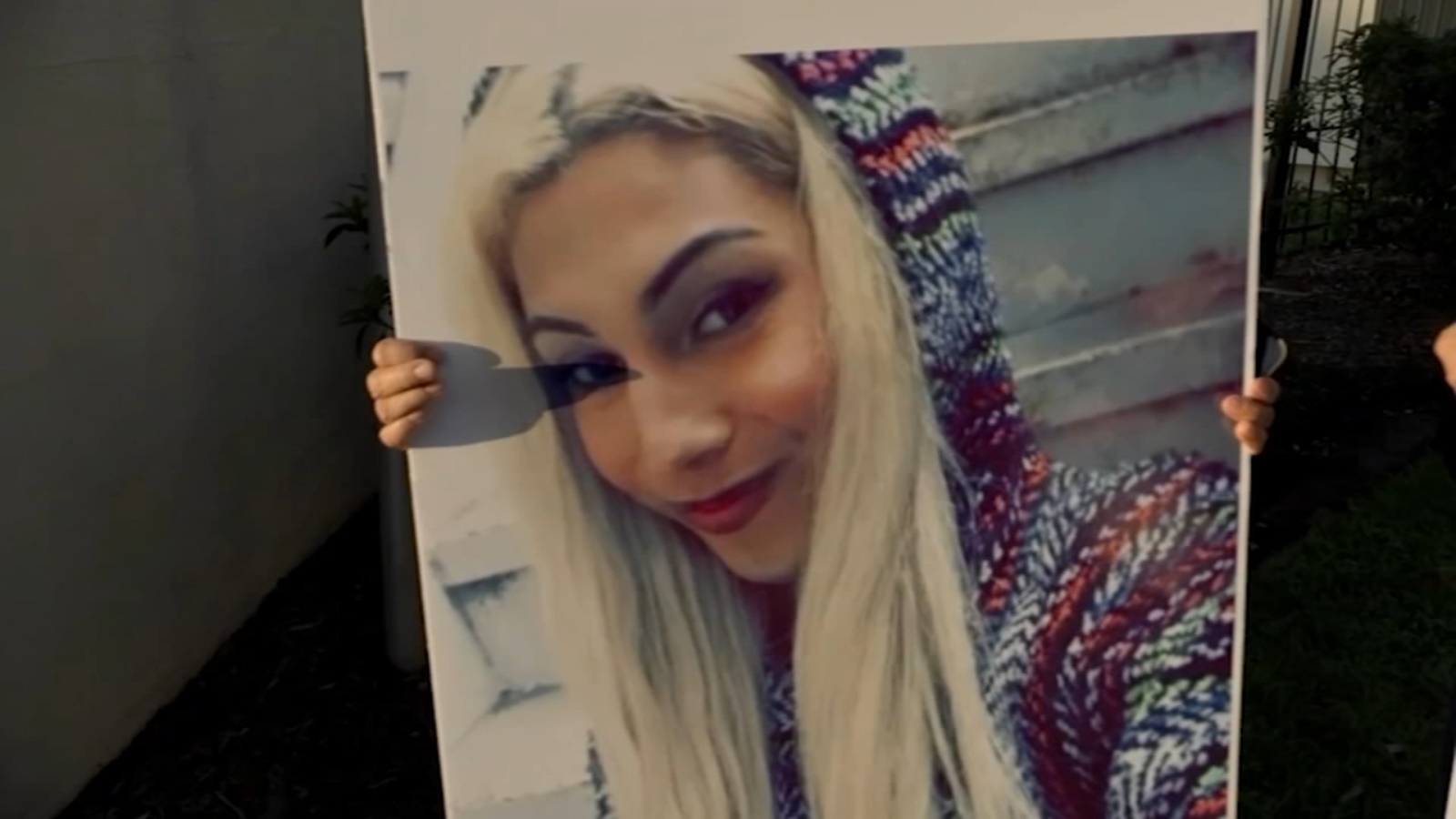 HOUSTON, Texas (KTRK) — Houston police are now calling a man, who was caught on surveillance video, a suspect in the murder of a transgender woman and they are asking the public for help identifying him.On Tuesday, HPD re-released the video showing a man wearing a dark-colored sweater and white or gray sweatpants, walking and running past several cameras near Westheimer and Fondren. Previously, police called him a person of interest. Now, they believe he is a suspect in the murder of 22-year-old Iris Santos, a transgender woman.

SEE ALSO: Surveillance video released after transgender woman’s murder in HoustonSantos was shot to death April 23 as she sat on a bench outside of a Chick-fil-A on Westheimer.

On Tuesday night, Santos’ family gathered in prayer at their west Houston apartment.

“She was a beautiful soul,” said Santos’ mom, Maria Carreon. “We just ask God to guide her to heaven.”

Santos’ family continues asking for the community’s help to find her killer.

“We’re going to find this person. They are not going to get away with this,” said Santos’ middle school theater teacher, Crystal Toussant. “She was determined. She knew what she wanted in life and she was not ashamed of who she was.”The family is raising money for funeral costs and a reward on a GoFundMe page.

Santos’ family is also planning to hold a vigil Wednesday night in her memory. Exact details on when and where the vigil will be held have not been released.

Houston police are asking anyone with information on the suspect’s identity or whereabouts to contact HPD Homicide at 713-308-3600 or Crime Stoppers at 713-222-TIPS.