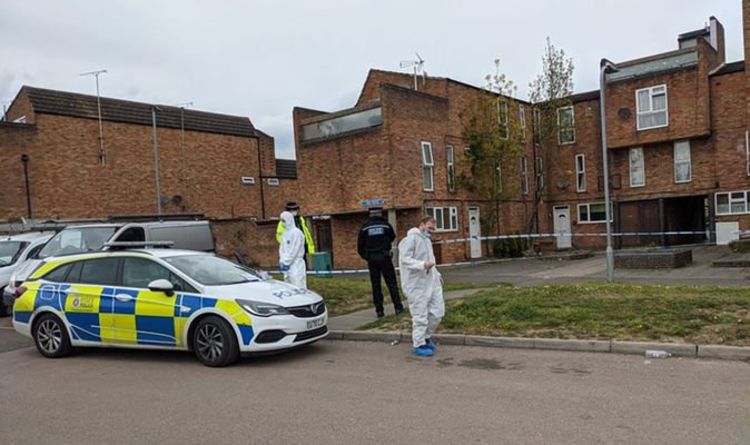 Four children aged between 13 and 16 have been arrested on suspicion of the man’s murder. The victim, who was in his 30s, died at the scene despite the best efforts of paramedics on Sunday night.
Police have cordoned off part of a estate in Laindon, Essex, as they investigate the killing.

Detective Chief Superintendent Steve Jennings told Essex Live: “Our enquiries have led us to believe the victim was going to the aid of another man and, as a result, he lost his life during an altercation which ensued with a group of young people not directly known to him.

“It is a tragic loss of life and we are continuing to appeal for the public’s help.

“We are really keen to hear from anyone who was in the area at the time and may have seen or heard anything happen in Iris Mews shortly before 9.30pm on Sunday, (May 2).

“We are also keen to hear from anyone who has seen any discarded weapons in the area.

“If anyone knows anything about this murder and has not yet come forward to speak to us, please do. A family has been broken apart, and we need to get to the bottom of what happened.”

The five youths remain in custody while enquiries continue.

A post-mortem examination of the victim will be conducted today.

A spokesman for Essex Police said: “Overnight, we have made another arrest. In total, five teenagers have now been arrested on suspicion of murder. All remain in custody.

“Our detectives have been working tirelessly and through the night to establish what happened in the moments leading up to the murder and the attack itself.”

Anyone who witnessed the incident has footage of what led to it or has information on it should submit a report online at https://www.essex.police.uk or use the ‘Live Chat’ button to speak to an online operator between 7am-11pm.