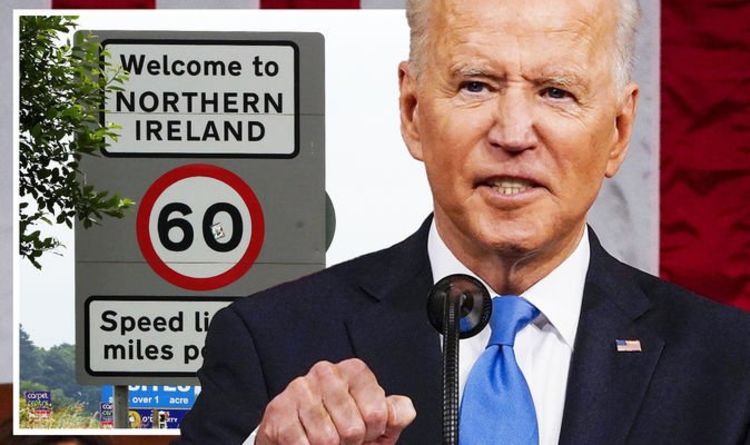 Although the US and UK seem united on major global issues, one point of contention is the implementation of the Northern Ireland Protocol. When Mr Biden was campaigning for election he hammered home relentlessly that he would “ensure there was no US-UK trade deal if the implementation of Brexit imperils the Good Friday agreement”. This week US Secretary of State Antony Blinken has met UK Foreign Minister Dominic Raab in London.
On Monday at a press conference, differences emerged between the US and the UK’s attitude towards border issues in Northern Ireland that have arisen due to Brexit.

The new Biden administration regards the Northern Ireland Protocol as being essential in protecting the Good Friday Agreement, which was signed to ensure peace.

However, problems are brewing in Northern Ireland regarding sovereignty issues, where unionists feel they are slowly being incorporated into a united Ireland, within the European Union.

Regardless of this US Secretary of State, Mr Blinken, stressed that the US would protect the arrangements agreed in the Good Friday agreement above all else.

At the London press conference with Mr Raab on Monday he said: “As Brexit-related provisions of the Northern Ireland protocol begin to be implemented, we will continue to encourage the UK to prioritise political and economic stability.”

Mr Biden, who stresses the importance of his Irish-American heritage, has frequently warned the UK to not make the Good Friday Agreement a “casualty of Brexit.”

This protocol was negotiated in order to ensure there is no hard border on the island of Ireland.

The border in the Irish sea effectively means that Northern Ireland is economically united with the Republic of Ireland.

At the press conference on Monday, Mr Blinken also highlighted the positive aspects of US and UK relations.

He affirmed that both nations would promise to “stand up” to Beijing on human rights issues, such as the network of “re-education” camps in Xinjiang province.

Speaking about British relations with the US, Secretary of State Antony Blinken said: “We’ve stood shoulder to shoulder for nearly 20 years, sharing a mission and having each other’s backs.

“The United States has no closer ally, no closer partner than the United Kingdom.

“I’m glad of the chance to say that again here today.”

In March the EU said it would take legal action against the UK and said a formal notice was sent as a consequence of Westminster’s decision to delay the implementation of checks on goods going from the UK to Northern Ireland.

However, the UK’s Brexit minister David Frost has said that the Government will hold “productive talks” with the EU over the issue of checks on the newly imposed Irish Sea border.