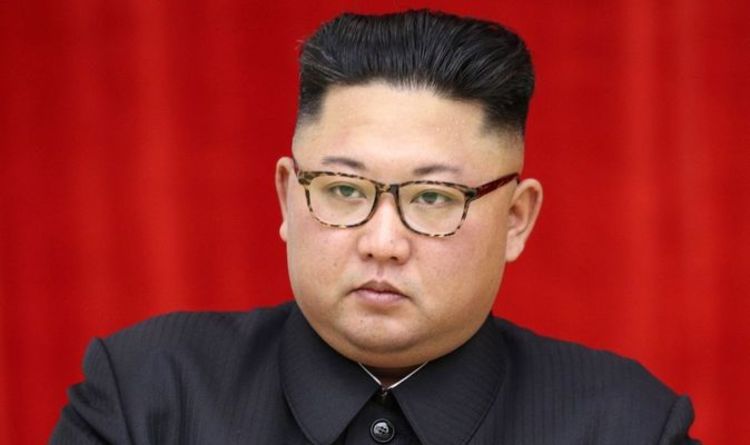 Over the weekend, North Korea accused the Biden administration of maintaining a “hostile policy” towards the hermit state. It came as the White House prepares to unveil its strategy for dealing with Pyongyang and its nuclear programme.
White House Press Secretary Jen Psaki said the Biden administration would seek a middle ground between former President Trump’s “grand bargain” and former President Obama’s “strategic patience” approaches.

He said in a statement that Washington is “intent to keep enforcing the hostile policy toward the DPRK as it had been done by the US for over half a century”.

Mr Kwon claimed that Mr Biden had “made a big blunder in the light of the present-day viewpoint”.

READ MORE: How is Joe Biden going to deal with North Korea?

President Moon is expected to visit Washington on May 21 for talks with Mr Biden to “strengthen” the two nation’s alliances, according to the White House.

Chung Man-ho, President Moon’s press secretary, said the meeting will address the cooperation between the two countries “to make progress on the complete denuclearisation of the Korean peninsula and a lasting peace policy”.

However, Mr Kazianis did explain how North Korea’s leader Kim Jong-un may not want to risk more international tensions due to its economic issues.

He said: “We must remember the North Korean economy is in a weakened state, and it is not entirely clear to me if Kim would want to risk any more international pressure, especially at a time when he could soon open up trade with China, his real only trading partner and the only country that can ensure his survival.

“Does he really want to upset them now when he is entirely dependent on them? Is say a new submarine launched ballistic missile test worth it?”