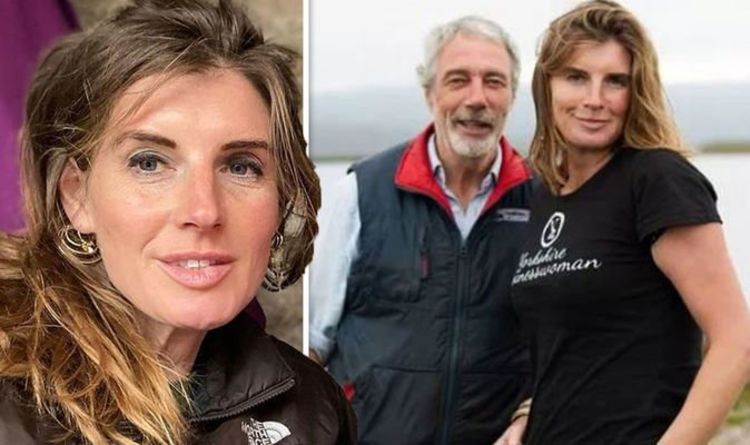 Our Yorkshire Farm’s starring couple Amanda Owen, 46, and husband Clive, 67, are firm fan favourites of viewers who love the Channel 5 show. After being married for over 20 years, the Yorkshire Shepherdess has opened up on how she found love with Clive, who was a divorced bachelor when she met him over 25 years ago. While the farmer admits that he was immediately smitten with the trainee shepherdess, Amanda says their relationship was more of a “slow burn”.
Amanda set the record straight on her first meeting with Clive.

The star revealed that the pair first set eyes on each other by chance when the young shepherdess knocked on the door of his Ravenseat Farm looking for a ram.

For the 21-year-old TV star, it wasn’t love at first sight when she met the 42-year-old divorced farmer, but Clive admits that he felt differently.

“I do remember this six-foot something woman knocked on the door.

Clive also came from a non-farming family but dreamed of becoming a farmer at just eight years old.

Five years after their first meeting, the couple married in 2000 and now have a family of nine children, alongside 1,000 sheep, 40 cows, six dogs, and four ponies.

Speaking to This Morning hosts Alison Hammond and Dermot O’Leary last month, the star revealed that after giving birth to six of her children on the roadside because she didn’t make it to a hospital in time, the shepherdess decided that staying at home was the best option.