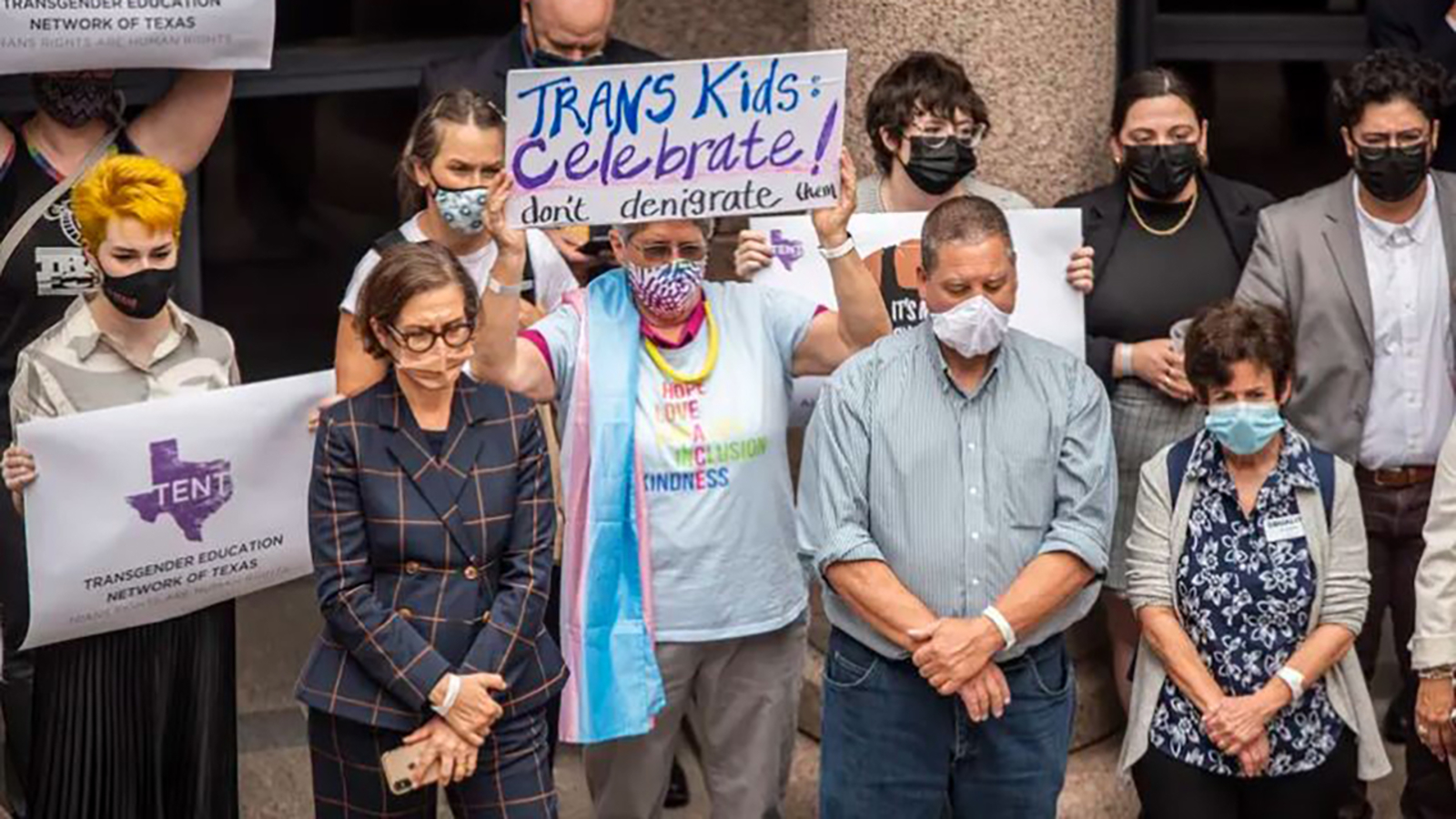 A bill that would prevent transgender Texas children from joining school sports teams that match their gender identity failed to advance out of a House committee Tuesday, signaling potential trouble for one of several anti-LGBTQ bills in the Legislature.The Senate has advanced a handful of bills that LGBTQ advocates say threaten the rights and mental health of transgender children in Texas, including restricting their access to school sports and medical care. Senate Bill 29, the sports bill, is the first anti-trans Senate bill to get a committee vote in the lower chamber.

House legislation banning gender confirmation health care for children, signed by 45 Republicans, was passed out of the lower chamber’s Public Health committee last week but has yet to reach the full House floor. Senate-approved legislation labeling the treatment as child abuse is set to go before the same committee, which is made up of six Republicans and five Democrats.

When members of the House Public Education committee – made up of six Democrats and seven Republicans – took up sports bill SB 29 on Tuesday, it failed to advance in a 5-6 party-line vote.

Opponents of the legislation cheered the vote.

“We thank the members of the House Public Education committee for their votes today against SB 29,” said Zeph Capo, president of the Texas American Federation of Teachers. “We did the right thing today for all the children of Texas by standing up for trans kids.”

Supporters of the bill said that it was necessary to protect women’s sports, arguing that higher levels of testosterone may give transgender women an advantage over cisgender women athletes and could cause safety concerns.But Harrison testified it was already “not an issue in our state” under the current UIL rules.

Marjan Linnell, a general pediatrician testifying on behalf of the Texas Pediatrics Society, told the committee that transgender women often don’t have high levels of testosterone because of puberty suppression and hormone treatments – medications that could be banned under other anti-LGBTQ legislation winding through the Capitol. Linnell also highlighted that there are large gaps in physical capability within cisgender women and men.

Amalia Allen, a Texan student-athlete, testified that it felt “disparaging” to be told by legislators that she was inherently less capable than male athletes because of her gender.

“People are very concerned about me these days,” she said. “I’d like to ease that concern and respectfully decline that protection.”

LGBTQ advocates also said the bill could actually threaten cisgender female athletes, concerned that female athletes who may be masculine could be forced to go through intrusive investigations to prove that they were born female in order to be eligible to compete.

Last month, Heather Gothard won the women’s division of a competitive race in Cleburne. The day after the race, she was targeted by social media posts and emails insisting she was a transgender woman and should be banned from further races. At an Equality Texas rally last week opposing the bill, Gothard, a cisgender woman, spoke out against the incident, and advocates worried it would be the first of many.Disclosure: Equality Texas has been a financial supporter of The Texas Tribune, a nonprofit, nonpartisan news organization that is funded in part by donations from members, foundations and corporate sponsors. Financial supporters play no role in the Tribune’s journalism. Find a complete list of them here.

The video above is from a previous story.

The Texas Tribune is a nonprofit, nonpartisan media organization that informs Texans – and engages with them – about public policy, politics, government and statewide issues.