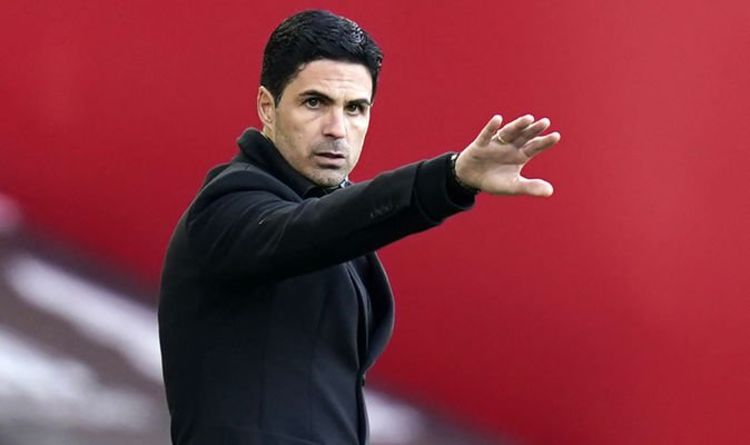 Arsenal legend Martin Keown has suggested that Mikel Arteta could be destined for the sack if the Gunners fail to reach the UEFA Europa League final. Arsenal head into tonight’s second leg with Villarreal trailing 2-1 after the first leg in Spain.
Goals from Manu Trigueros and Raul Albiol secured victory for Unai Emery’s troops last week despite Nicolas Pepe pulling a goal back.

There is certainly work to do then for Arteta’s men if they hold any aspirations of progressing to the final in Gdansk at the end of the month.

The second leg is set to take place at the Emirates this evening – Arsenal simply having to win in order to overcome their first-leg deficit.

Should they fail to do that, Keown has suggested that former Gunners midfielder Arteta could pay with his job at the Emirates.

Asked by talkSPORT if Arteta’s position could be on the line with defeat, Keown replied: “I think it always is at a big club.

JUST IN: Tottenham have complied a five-man shortlist for potential Jose Mourinho replacements

In all, the Spaniard has so far overseen 81 matches in north London in all competitions and has won 43 of those.

There have been numerous names talked up as Arteta’s replacement in recent weeks.

Former Chelsea boss Maurizio Sarri is thought to be among the contenders.

Paulo Fonseca, who is leaving AS Roma at the end of the season to be replaced by Jose Mourinho, has also been linked.