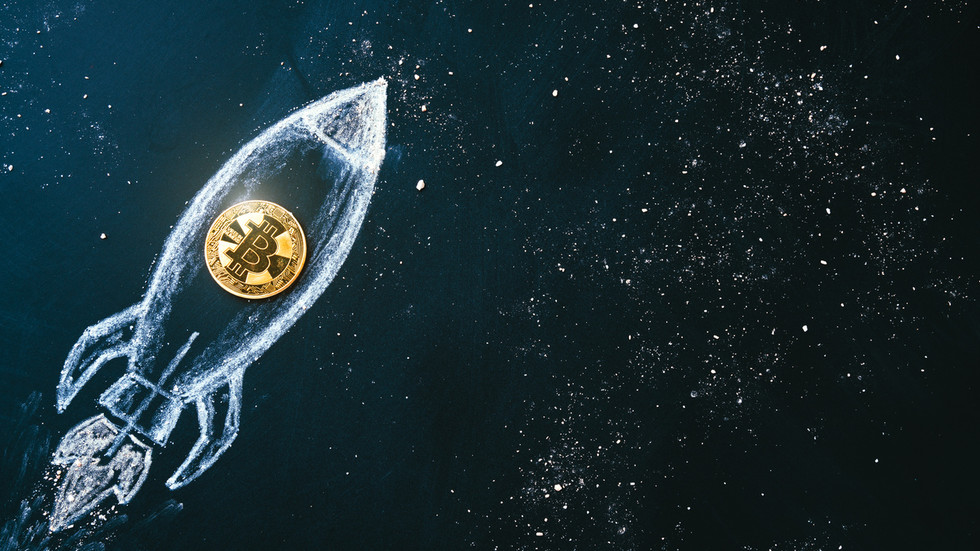 The price of a bitcoin token may easily grow to $ 1 million over the next five years, according to CoinDesk Learn Editor Ollie Leech.

“Bitcoin is going to $ 1 million a coin. I actually believe that it will, at some stage, with just the scarcity aspect alone, it makes it an incredibly exciting asset to hold… Bitcoin is uncontested,” the journalist, who focuses on cryptocurrencies, told Yahoo Finance.
Also on rt.com Coinbase IPO ‘monumental’ for crypto industry but has fueled kind of frenzy that ‘never ends well’ – investor Mike Novogratz
According to Leech, a massive price surge will occur shortly after the next bitcoin halving that is expected to take place in 2024. Halving is a key technical event when the entire number of existing bitcoins awarded to miners is cut in half.

“The year after halving always seems to create a huge rise. The last halving for bitcoin was in 2020, and, so far, this year we have seen prices explode. I don’t know when [bitcoin will cross $ 1 million] but it will likely be after 2025,” he said.

The market capitalization of the world’s most popular cryptocurrency currently stands at more than $ 1 trillion, after nearly doubling since the beginning of the year and leaving corporate giants like Facebook, Tesla and Alibaba far behind.
Also on rt.com If you can’t beat them, join them? JP Morgan to create BITCOIN FUND after caving to clients’ crypto-lusts
Bitcoin’s latest surge received a general tailwind from a massive inflow of big investors. Tesla purchased $ 1.5 billion worth of bitcoin, while banking giants Morgan Stanley and Goldman Sachs are reportedly planning to offer clients exposure to the cryptocurrency. After years of harsh criticism of bitcoin, JPMorgan has reportedly cooperated with NYDIG, a technology and financial services firm dedicated to bitcoin, to develop banking products.

The sphere of traditional payments has become wide open for cryptocurrencies with Mastercard, PayPal and Visa increasing crypto exposure over the past several months.