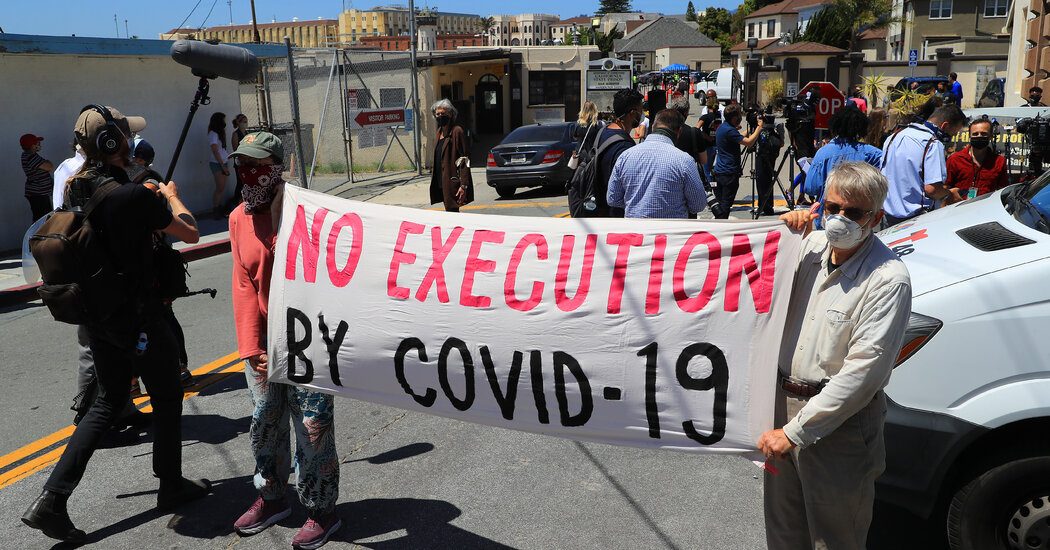 The drug rehabilitation course, which was all that kept Mr. Channel from being released sooner, is not required for all inmates imprisoned for drug offenses, Mr. McDonnell said, adding that such decisions are made on an individual basis by the parole board. Mr. McDonnell said the programs are available only inside Texas prisons, so Mr. Channel would not have been able to finish the course while at home.

“The Board of Pardons and Paroles values the treatment programs that are available within the institution and believe that they have been instrumental in helping to reduce the state’s recidivism rate,” Mr. McDonnell wrote in an email.

“When he went to prison, it wasn’t for a violent crime,” she said. “No one was victimized in any kind of way. And it’s just so hard for me to accept the way that the prison system treated that situation. It’s mind-boggling to say the least.”

In Florida, drugs were also at the center of Mr. Carter’s legal problems.

In November 2019, police officers found Mr. Carter sleeping inside a vehicle in Sanford, Fla., that appeared to have been involved in a collision, according to a police report. Officers found small amounts of heroin and cocaine in a black purse and arrested him, according to the report.

Mr. Carter told family and friends that he was confident he would be acquitted and out of jail within a month or two because he believed the police search had been improper.

For Mr. Carter, the stakes in the case were high. When he was arrested, he was on parole after having served seven years of a 15-year drug trafficking sentence. If he was found to have violated his parole by possessing drugs, he would be sent back to prison to serve the remainder of his sentence.

But, Jaya Balani, his attorney, said, if Mr. Carter could prove that the police search had been illegal, she could get the drug charges dropped and a parole violation would no longer be an issue.