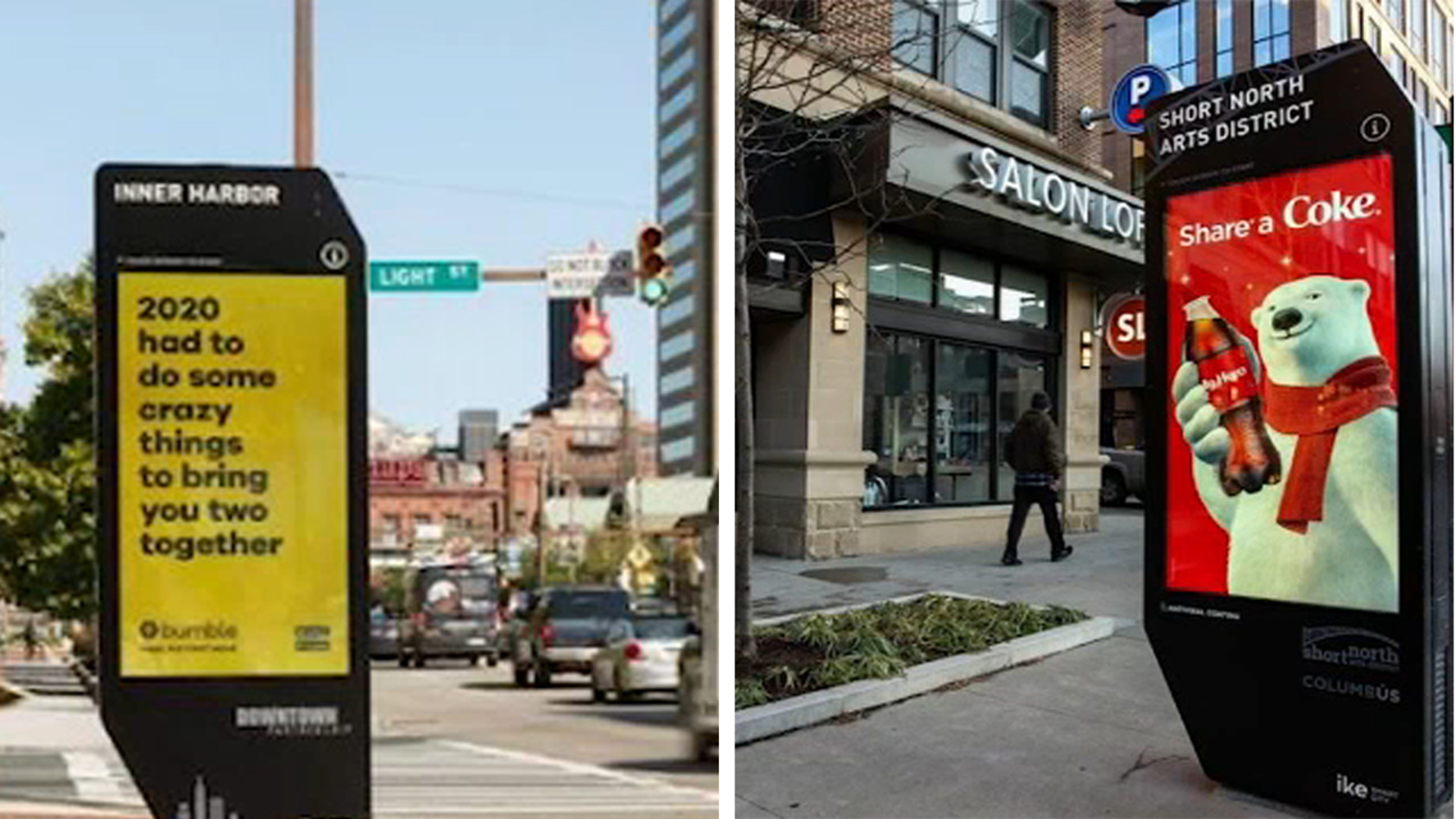 HOUSTON, Texas — After lengthy debate, Houston City Council voted 10-7 to approve a proposal for the installation of up to 125 digital kiosks in areas of Houston with high-pedestrian activity such as downtown and the Galleria.The 8-foot tall kiosks will provide information about local sights and attractions in addition to advertisements.

Over a 12-year contract, the city will make a minimum of $ 11 million to $ 16 million, although projections from the kiosk vendor, IKE Smart City, note the city could make up to $ 50 million from the devices over the same time period.

The approval of the proposal required amending the city’s existing sign code, which ends Houston’s 40-year ban on the construction of new billboards.

Council Members Michael Kubosh, Amy Peck, Sallie Alcorn, David Robinson, Robert Gallegos, Mike Knox and Greg Travis voted no on the measure. Dissenting council members’ concerns ranged from the affect on city beautification efforts and walkability as well as concerns over a lack of influence over the types advertisements displayed on the kiosks.

“People today that are traveling to Houston are traveling with mobile phones. We could produce an app and QR codes, and I think there is a better way to achieve the same goal,” At-Large Council Member Mike Knox said.

Council Member Letitia Plummer, who voted in favor of the proposal, also expressed hesitation over the revenue’s allocation to the general fund. Plummer said she would have preferred the funds go towards more specific initiatives, especially those aimed at under-served communities.

Council Members in support of the measure said it drives revenue, draws attention to local businesses and aids the city’s efforts to present itself as a tech-friendly city.

“What I’d like to challenge our council members to consider is this: The energy industry is a lot different than it used to be,” Mayor Pro Tem Dave Martin said. “How do we blend our future with the innovation center that we’re building.”The kiosks are flood resistant, serve as emergency call boxes and air quality monitors, and provide Wi-Fi access within a 30-meter radius, a presentation from the Houston City Council Economic Development Committee stated. They also feature games and information about local attractions.

Cooke Kelsey, chair of the Scenic Houston Advocacy Commission, said the group is concerned the kiosks counter a longstanding agreement between the city of Houston and beautification advocates to ban new billboards.

“Forty years, seven mayors and a string of unsuccessful court challenges have come and gone without one new billboard going up in Houston,” Kelsey wrote in a May 3 news release. “We cannot retreat from the decades of work to protect neighborhoods and local businesses from visual blight. City Council must say no.”

In a statement to Community Impact Newspaper, Anna Baerman, IKE Smart City development director, said the kiosks will only be placed in commercial areas rather than residential streets and will not obstruct pedestrian right of way.

“In terms of kiosk placement, the city will work through the council offices or other neighborhood organizations to engage the community, including property owners adjacent to proposed kiosk sites to educate and inform them of IKE’s features and functionality,” Baerman wrote.The approval launches a two-year planning process, and the first kiosks will be installed by 2024, the City Council presentation stated.

“It adds to the pedestrian’s landscape and it continues to build upon Houston’s image as an innovative city…and all of this will come at no cost to the city,” Houston Director of Innovation Jesse Bounds told the economic development committee.

This content was provided by our partners at Community Impact Newspaper.