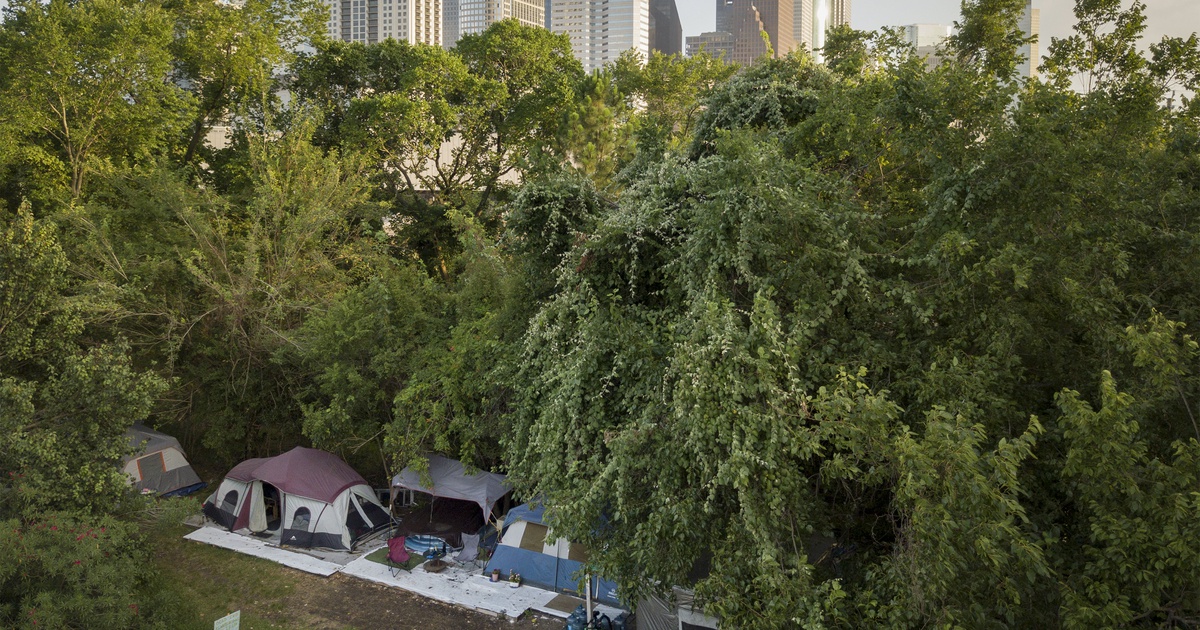 The Texas House on Wednesday moved to advance a bill that would ban homeless encampments in public places statewide, a move that comes less than a week after voters in Austin reinstated a similar ban that was removed two years ago.

Critics say that removing the ban in Austin triggered the proliferation of tent cities there, sparking a fierce and divisive debate over how to handle homelessness in the state capital, where some 10,000 people are estimated to have experienced homelessness in the last year.

The bill initially passed by the House on Wednesday would make camping in an unapproved public place a Class C misdemeanor, punishable by a fine of up to $ 500. It still needs final approval by the House — usually a formality after it’s passed in the first vote — and then will head to the Senate.

The statewide ban was approved by a vote of 85-56, with most of the opposition to it coming from Democrats, although the legislation has sponsors from both parties.

“There’s still no one, literally no one, that believes that people living outside without shelters is right. This is a humanitarian issue, plain and simple.” said state Rep. Giovanni Capriglione, R-Southlake, the author of House Bill 1925. “This bill helps individuals, families and business owners across the state who are unduly subjected to violent or hazardous activity linked to the rise in public camping.”

Before the chamber voted, Capriglione added an amendment to the bill allowing public camps only if local authorities provide law enforcement officers, mental health services and healthcare provisions for those residing in the camp. Other adopted amendments to the legislation will require an officer to advise a homeless person on housing options and also allow unhoused people to remove their own property from the encampment before leaving.

Critics of the legislation argued Wednesday that banning public encampments would do little to solve homelessness in Texas. During Wednesday’s floor debate, some Democratic legislators criticized the bills, saying that they would criminalize unhoused people.

“We need more state dollars going to substance use disorder programs, job training programs and rental assistance,” said Rep. Vikki Goodwin, D-Austin. “If we truly want to end homelessness, we need to address the root causes, not just sweep the homeless population back into the woods.”

The bill is expected to get final passage on Thursday and move to the Senate. If it gets to Gov. Greg Abbott’s desk and he signs it or declines to veto, the bill would become the latest instance of the Republican-led state government big-footing local ordinances — and Austin, where the 2019 decision to remove the ban was driven by its politically liberal City Council, has been a favorite target of GOP state lawmakers.

State lawmakers also are trying to stop cities from decreasing police funding after the “defund the police” movement sparked by last year’s national protests against police brutality, another issue in which Austin was out front.

Although the visibility of homeless encampments has increased in Austin in recent years, both the Dallas and Houston areas have more people living in the streets, according to 2020 data.

Regulations and enforcement related to camping in public places vary greatly among cities.

Some don’t have a universal ban, but camping is not allowed in places like public parks. Others, like Dallas, don’t have a ban but will remove encampments if there are safety concerns.

In Houston, a city that has been touted as a national model for how to handle the homelessness crisis, tents and makeshift structures are banned, but the city does removals only when there is available housing for the people involved.

The removal of Austin’s camping ban in 2019 was quickly criticized by Abbott, who promised to take action against Austin and in his budget priority list asked the Legislature to withhold state grant money from cities that don’t ban such encampments.

The bill was filed before the Saturday election, in which 57% of Austinites voted to reinstate the ban — an initiative added to the ballot through a petition signed by at least 24,000 people.

The Austin vote reinstates not only the city’s camping ban, but also penalties for panhandling, sitting and lying in public areas under certain circumstances. It goes into effect on May 11, although city officials said they are still contemplating how to enforce it.

But some Austin residents have complained that allowing the encampments on public property — including sprawling tent cities beneath overpasses, along medians, or next to major roads — has created health and safety risks.

Camping bans have led to court battles across the country. In February, the city of Boise, Idaho, had to commit $ 1.3 million for homelessness as part of a settlement in a decadelong case that six people experiencing homelessness filed against the city. The American Civil Liberties Union of Texas sued the city of Houston in 2017 for its encampment ban, but the lawsuit was withdrawn in 2019.

Nick Hudson, policy and advocacy strategist with the ACLU of Texas, said the group is “closely watching” what happens with the legislation.

“Criminalizing Texans who are trying to meet their basic needs is unconstitutional,” Hudson said. “Courts have found that it is unconstitutional to criminalize someone for sleeping or camping outside when they have no place else to go.”