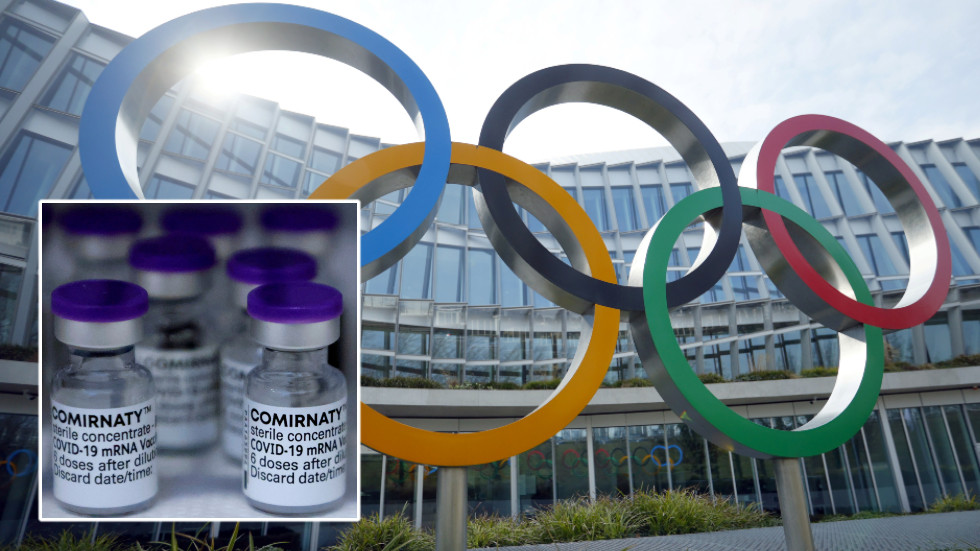 The International Olympic Committee has accepted an offer from Pfizer to supply jabs to athletes and support staff at the Olympic Games in Tokyo, asking everyone at the showpiece to “accept the vaccine where and when possible.”

While many leading countries have already launched programs to vaccinate their teams before boarding planes, others, including Great Britain, have appeared somewhat reluctant until now.

Vaccines will now be made available to the Olympic and Paralympic committees of each country in a bid that bosses who have struck a deal with Pfizer say is designed to protect as many participants as possible ahead of the games.

“This donation of the vaccine is another tool in our toolbox of measures to help make the Olympic and Paralympic Games Tokyo 2020 safe and secure for all participants, and to show solidarity with our gracious Japanese hosts,” said International Olympic Committee (IOC) president Thomas Bach.

#latest 🏅 All Olympic and Paralympic athletes to be vaccinated ahead of Tokyo 2021 after Pfizer/BioNTech reaches deal to donate doses.

“We are inviting the athletes and participating delegations of the upcoming Olympic and Paralympic Games to lead by example and accept the vaccine where and when possible.”

The Olympic Federation of Ireland’s president, Sarah Keane, expressed positivity about her nation’s stars and helpers being able to head to Tokyo vaccinated as a result of the deal.

“Over recent months we have been very conscious of the wider issues around us in society and we were working intensely to advocate for vaccination of the team at the appropriate time, when those most vulnerable in society had come first,” she said.

“This breakthrough is a major relief for all of us, given the significant challenges that we were facing and the lack of time remaining to find a resolution.”

Pfizer CEO Albert Bourla said in a statement that the return of the Olympic and Paralympic Games “represents a monumental moment of world unity and peace after a grueling year of isolation and devastation”.

“We are proud to play a role in providing vaccines to athletes and national Olympic delegations,” he concluded.

To alleviate concerns by the aging population in Japan, where public polls have consistently shown a majority of the population are against hosting the games, organizers have insisted that donations to Olympic athletes will not affect global supplies.

In April, Tokyo authorities had to rush to deny the accuracy of a Kyodo news agency report which claimed that Olympic athletes would jump the queue for the coronavirus vaccine, leading to a social media storm.

Additionally, there have also been calls to cancel the games completely both at home and abroad.

By testing athletes daily and prohibiting overseas spectators, the committee hopes to reassure the public that the pandemic will not resurge and the competition can go ahead without incident.

Japanese enthusiasts could still be allowed to attend, with Tokyo 2020 President Seiko Hashimoto saying that while organizers want there to be as many fans as possible at the games, every step possible will be taken to ensure safety.

“There are a variety of concerns but, as the Tokyo 2020 organizing committee, we are not thinking about canceling the games,” he said during a press conference last month.

Also on rt.com ‘We are NOT thinking about canceling’: Head of Tokyo Olympics vows Games WILL go ahead as planned