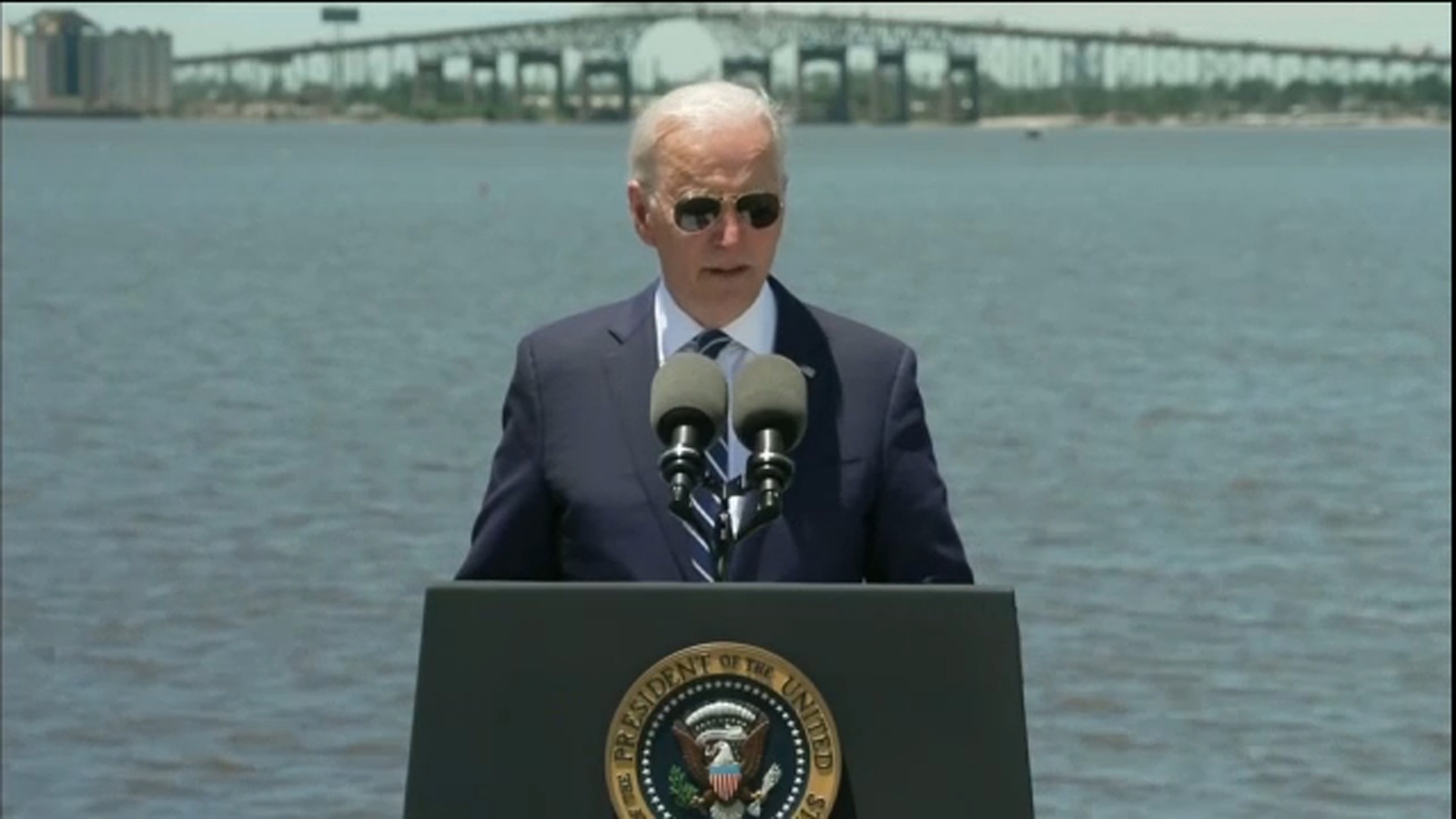 President Joe Biden is pushing the case for his $ 2.3 trillion infrastructure plan in the reliably Republican state of Louisiana – directly challenging GOP lawmakers who say that low taxes for corporations and the wealthy will fuel economic growth.Biden leaned into the stagecraft of the presidency on Thursday by choosing to speak in the city of Lake Charles in front of a 70-year-old bridge that is 20 years past its designed lifespan.

FROM AUG. 2020: Here’s how people in Lake Charles are recovering from Hurricane LauraEven as he engages with Republicans in Washington, Biden is trying to sell their voters on the idea that higher corporate taxes can provide $ 115 billion for roads and bridges and hundreds of billions of dollars more to upgrade the electrical grid, make the water system safer, rebuild homes and jump-start the manufacturing of electric vehicles.

He’s proposing to pay for his plan by undoing the 2017 tax cuts signed into law by President Donald Trump and raising the corporate tax rate from 21% to 28%. Biden contends his programs would bolster the middle class and make the country stronger than tax cuts for big companies and CEOs.

Biden hinted at the theme when answering questions from reporters after a Wednesday speech at the White House that also emphasized his separate $ 1.8 trillion plan for education and children to be funded by higher taxes on the wealthiest Americans.

“What’s going to grow America more?” Biden said. “What’s going to help you and your security more? The super wealthy having to pay 3.9% less tax or having an entire generation of Americans having associate degrees?”

“Guess what,” he added. “It grows the economy. Benefits everybody. Hurts nobody.”Republican lawmakers have doubled down on low taxes as a core pillar of their ideology and partisan identity. Several GOP senators favor spending $ 568 billion on infrastructure over five years, a small fraction of what the Democratic president has proposed – a sign of how difficult a deal might be.

Senate Minority Leader Mitch McConnell of Kentucky said that Republicans would rather finance infrastructure through user fees such as tolls and gasoline taxes, though he declined to specify which fees he would back.

“We’re open to doing a roughly $ 600 billion package, which deals with what all of us agree is infrastructure and to talk about how to pay for that in any way other than reopening the 2017 tax reform bill,” McConnell said this week at the University of Louisville.

The Biden administration is banking that its message could play in Louisiana, which last backed a Democratic presidential candidate in 1996. Louisiana has been barraged by 30 extreme weather events over the past decade that caused $ 50 billion worth of damage. Biden is seeking $ 50 billion to make infrastructure better able to withstand storms, winds and flooding.

“The unfortunate truth is that our aging infrastructure and local government budgets cannot withstand the strain of increasingly frequent storms,” they wrote. “As mayors of great American cities in the South, we lie awake at night dreading each forecasted storm.”

There is general agreement among Democrats and Republicans in Washington about the need for infrastructure spending. But there are significant hurdles for Biden’s proposal to garner Republican backing.

Republicans want to define infrastructure more narrowly, concentrating on roads, bridges, airports, transit and broadband rather than renewable energy and access to caregivers. They object to undoing the 2017 tax cuts and imposing higher taxes on corporations and the wealthy.