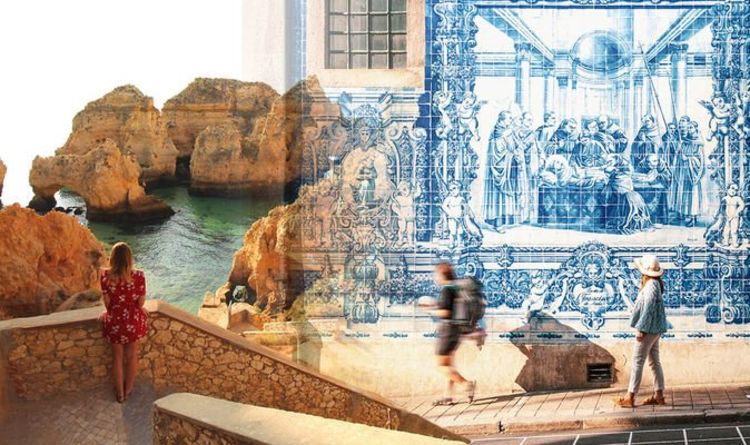 Portugal is set to see “floods” of Britons looking to relocate to the nation this year after Brexit. According to a recent survey conducted by the Portuguese Chamber of Commerce in the UK, 59 percent of those who took part in their annual survey said they were looking to move there permanently once the Government reopens travel.
The annual June 2020 report from Portugal’s immigration authorities revealed that British residents are the single largest group of foreign residents in Portugal.

The report, by the Portuguese Chamber of Commerce in the UK, states: “Portugal’s 2021 census, currently underway, looks likely to show a large increase in this number, given the twin pressures of Brexit and the pandemic.”

In a bid to deal with what the chamber is describing as “pent up interest”, they are set to host a series of live and virtual Moving to Portugal webinars and events over the coming weeks.

By identifying the data of Britons who have already sought advice from the Chamber, they found 57 percent were looking to move within the next 12 to 24 months.

Around 37 percent of respondents were also looking to either move an existing business to Portugal or start a new business there.

The nation’s business opportunities are one of the key draws of the country for Britons according to the Chamber’s general manager Christina Hippisley.

She said: “Every day we are receiving calls and emails from British residents just waiting to get on a plane to Portugal.

“The most common enquiries are about what residency options there are in Portugal for Brits now we are no longer part of Europe, followed by questions about how to move their businesses there and work remotely.

DON’T MISS
Spain to maintain coronavirus restrictions into holiday season [COMMENT]
UK hotels: Inside Devon Four in a Bed featured B&B [VIDEO]
What countries are expected to be on the green list? [FULL LIST]

“Portugal appeals to a relatively wealthy demographic. On top of its existing fan base of older, more established retirees and second homeowners, the country’s growing reputation as a tech investment and manufacturing hub is attracting a new breed of younger, working families keen to live there permanently.”

Previously, some experts have suggested Portugal could overtake Spain as “the place to be” for expats.

According to expatnetwork, Portugal could be set to become more popular due to the onset of new post-Brexit requirements to gain permanent residency in Spain.

“In order to retire to countries in the EU, now that the UK is no longer a member, it is necessary first to apply for a visa,” explained an expert from expatnetwork.

“Those who are thinking about retiring to Spain or who plan to move there but do not intend to work there, can either choose a Golden Visa or the Non-Lucrative Visa (NLV).

The NLV, meanwhile, is said to be “causing difficulty” for some British expats – particularly retirees.

“Portugal offers similar benefits with regard to climate, lifestyle, and low cost of living,” they explained.

“The visa also does not restrict you from working or setting up a business as the Spanish NLV does.”

They added: “Add to that the tax advantages and the fact that you can work in Portugal if you want to, and there is a clear case for considering retiring to Portugal instead of Spain if you only have limited income.”

Luckily, there is plenty of support for those eyeing a move to Portugal.

“If you are planning on moving to Portugal, you are following a well-trodden path, which means that there are clear processes in place for how to achieve what you need to,” commented Ms Hippisley, general manager of the Portuguese Chamber of Commerce in the UK.