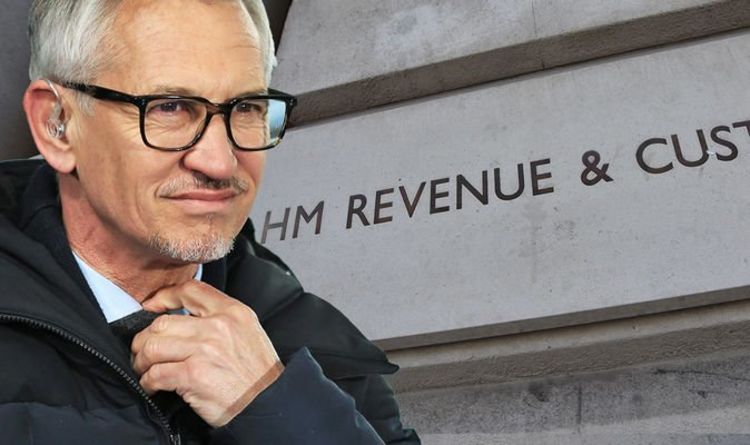 The dispute has been ongoing for a year according to tax tribunal documents which were published last month. HMRC claims it is owed £3,621,735.90 worth of income tax and £1,313,755.38 as national insurance contributions from Mr Lineker.

This relates to work he’s performed as a pundit for the BBC and BT Sport.

He said: “It is a question of whether he is employed by the BBC or not.

“Most people, once they understand employment law, would say of course he isn’t. He works for many other people.”

HMRC is arguing Mr Lineker is essentially a “disguised employee”.

The Government has launched a crackdown on what it considers to be “disguised employees”.

HMRC has been involved in tax disputes with a number of broadcast celebrities including Eamonn Holmes, Loraine Kelly and Kaye Adams.

Speaking to the FT Dave Chaplin, who runs the ContractorCalculator website, claimed this was “a misguided attempt to shore up the Treasury’s coffers”.

He added: “HMRC continues to carry out a witch hunt on high profile media stars and fails to grasp the simple concept that there is a freelance premium, and because of this, freelancers end up generating more in tax.

“HMRC should be thanking freelancers for their contributions, not victimising them as tax avoiders using this cruel legislation.”

Ms Kelly, Ms Adams and Mr Holmes all challenged the cases against them at tribunal.

The first two won whilst Mr Holmes lost and is appealing the decision.

Mr Lineker became a fierce Brexit critic after Britain voted to leave the EU in 2016.

In the vote’s immediate aftermath he tweeted: “Feel ashamed of my generation.

“We’ve let down our children and their children.”

When contacted by the FT HMRC refused to comment on Mr Lineker’s specific case.

However it said: “HMRC has recently won a number of important cases, including at the Upper Tribunal, which set a useful precedent and give welcome clarity to taxpayers and HMRC alike.”

Mr Lineker’s agent has been contacted by Express.co.uk for further comment.