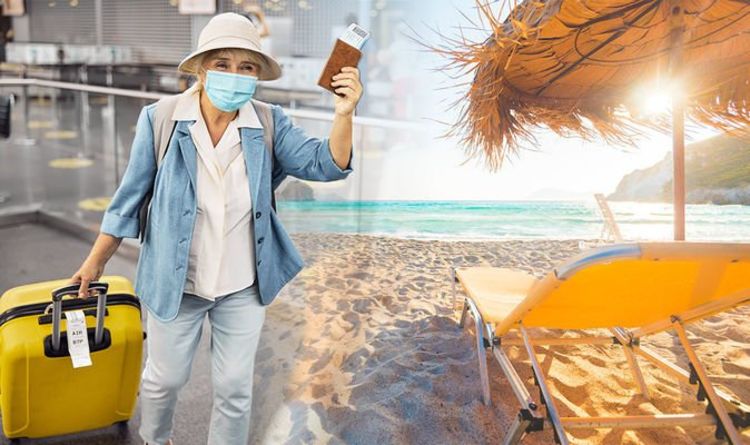 The Government is set to announce its “traffic light” system from tomorrow, delivering the news of which countries are “categorised” as green. From May 17, Britons will be able to jet off to these nations without the need for quarantine, though pre-and post-departure testing will apply.
However, while excitement may be mounting among Covid-weary holidaymakers, one expert has warned many of the destinations on the list could be out of reach.

According to travel expert Simon Calder, between “30 and 40” countries will be listed as “green”.

Sadly, many of these nations currently have travel restrictions banning Britons from travelling for leisure purposes.

“I calculate 30 to 40 countries will be ‘green’ but half are inaccessible: either they don’t want us (Australia, New Zealand), or we can’t reach them without going through amber or red nations (Bhutan, San Marino).”

Though the travel expert did not predict the entire list, he did share some short and medium-haul holidays which are within reach.

Though the Government has remained tight-lipped on exactly which countries will be on the “green” list, in recent days there have been some hints from the Foreign Office.

The Foreign, Commonwealth and Development Office (FCDO) has lifted its travel advisory against all “non-essential travel” to a selection of countries.

Among these is the majority of Portugal, the Greek islands and the Canary Islands.

The FCDO is no longer advising against “non-essential” travel to mainland Portugal and Madeira, the whole of the Canary Islands, as well as the Greek islands of Rhodes, Kos, Zakynthos, Corfu and Crete.

The FCDO has also lifted its travel advisory for Malta and Israel.

According to travel expert Paul Charles, this could be a good sign for the nations which are set to be listed as “green”.

Speaking on Sky News earlier in the week, Mr Charles said: “Indeed this morning the Foreign Office, perhaps accidentally, has updated its own website pages to also add Kos, Rhodes, Canary Islands, Zakinthos, Corfu, Crete among others to its list of places now acceptable to travel to.

“That is very encouraging because it suggests the list could be much wider.”

He also predicted many Caribbean nations would join the likes of the Greek islands and Israel on the list.

“In our analysis, we’re predicting up to 24 countries, especially when you include the 14 British overseas territories – the likes of Gibraltar, Cayman Islands, Monserrat, Falkland Islands,” said Mr Charles

“Small islands, small places, but the wider the list the better.

He has also shown hope for the majority of Europe by the peak summer months.

Posting to Twitter, the travel expert added: “The green list due to be published on Thursday or Friday this week will be wider than first thought and Europe will be green by early June.”