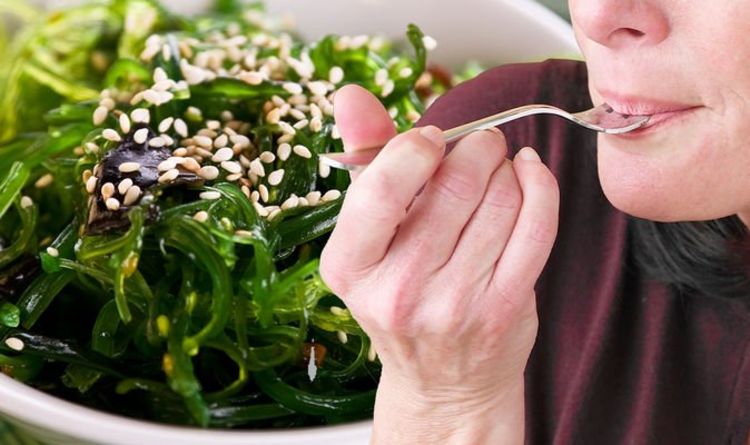 When making the decision to become a healthier person to reduce the risk of deadly diseases such as heart attacks or cancers, turning to countries who seemingly appear to not suffer as highly with the threat is often the best bet. The Japanese are known for having the longest lifespan of any other countries with cancers and diseases at an all time compared to their western counterparts. Could the secret to longevity lie in their consumption of seaweed?

Research has found that fucoidan, a natural compound in brown seaweed, may have cancer-fighting effects.

Japanese life expectancy is one of the highest in the world and it might come down to their love of this food.

In fact, scientists believe that a diet rich in seaweed, pulses, vegetables and fish may help you live a long and disease-free life.

From diseases to the common cold, seaweed is known to strengthen a person’s immune system.

This is because this sea-vegetable contains many immune-boosting minerals and vitamins.

Research shows that seaweed is a source of potent antioxidants, including alginate and fucoxanthin.

Numerous studies have shown the potential anti-inflammatory benefits of seaweed which helps to reduce the risk of diabetes and obesity.

Incidence of metabolic syndrome is on the rise around the world, though its prevalence lags behind in some Asian countries that consume a traditional diet rich in seaweed.

This phenomenon has recently been attributed in part to the high dietary intake of Undaria found in seaweed.

It was found to help reduce risks associated with type 2 diabetes and high cardiovascular disease risk.

Studies have found both Undaria and fucoidans hold tremendous promise in disrupting the processes that leads to metabolic syndrome and its cardiovascular consequences.

In a study published in the US National Library of Medicine National Institutes of Health, fucoidan and its reduction in cancer risk was investigated.

“It also has beneficial effects as it can protect against toxicity associated with chemotherapeutic agents and radiation.

“Thus, the synergistic effect of fucoidan with current anti-cancer agents is of considerable interest.”