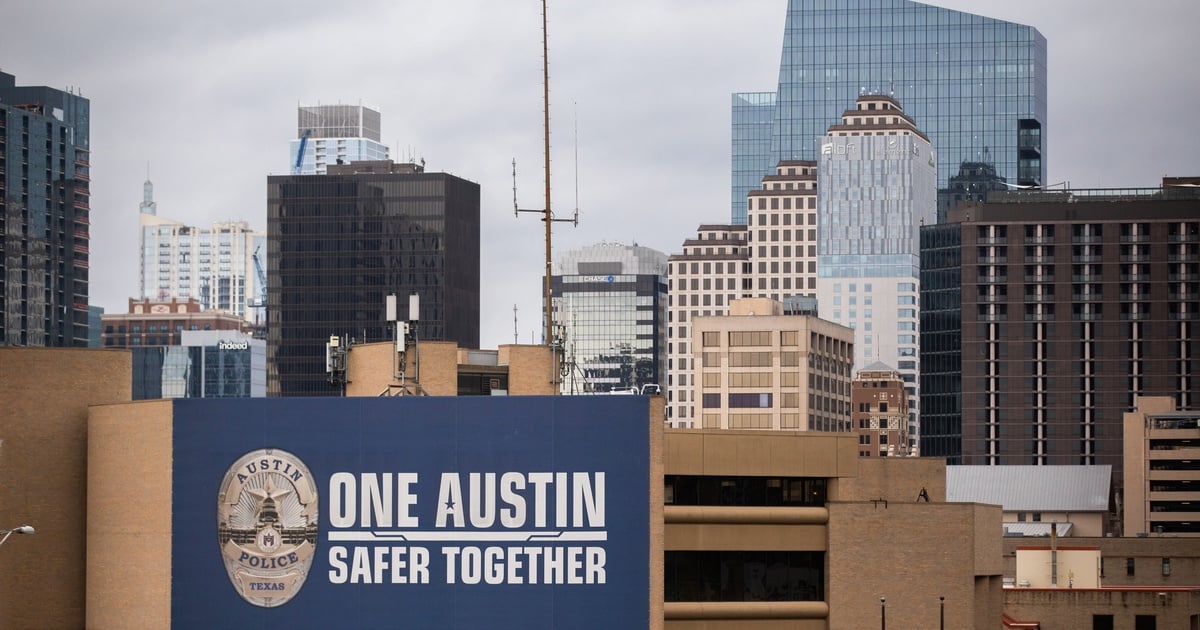 The Texas House on Thursday voted to financially penalize the state’s largest cities if they cut their police budgets.

House Bill 1900 comes after a year of civil rights advocates calling on cities to reduce what they spend on policing and to reform police behavior. Those calls were spurred by high-profile deaths at the hands of police like George Floyd’s in Minneapolis and Mike Ramos’ in Austin.

Among Texas’ largest cities, only Austin cut its law enforcement funding last year, though almost all of that decrease came from an accounting shift of money that still allows traditional police duties to remain funded, but potentially in different city departments. Still, the city’s response to some activists’ calls to “defund the police” prompted harsh and immediate backlash from Republican state leaders, who have pointed to fast-rising homicide rates throughout the state and country as a reason to maintain police funding levels.

Gov. Greg Abbott became laser-focused on Austin’s budget and “backing the blue,” making legislation to punish cities that decrease police funding one of his emergency items this year.

On Thursday, after two hours of heated debate, HB 1900 was preliminarily approved on a 91-55 vote. It still needs a final vote on the House floor before it can move to the Senate. The Senate’s related bill, which would require an election before cities could decrease police funding, passed out of the upper chamber last month.

HB 1900 was authored by Republican state Reps. Craig Goldman, Will Metcalf, Greg Bonnen and Angie Chen Button and Democrat Richard Peña Raymond. If a city with more than 250,000 residents was determined by the governor’s office to have cut police funding, the bill would allow the state to appropriate part of a city’s sales taxes and use that money to pay expenses for the Texas Department of Public Safety. Such cities would also be banned from increasing property taxes or utility rates, which could have been used to compensate for the reapportioned sales taxes.

The bill does allow cities to cut police department budgets if such a decrease is proportionally equal to an overall city budget decrease. Cities can also get approval to cut police budgets if expenses for one year were higher because of capital expenditures or disaster response. The bill would also let neighborhoods annexed in the last 30 years to vote to deannex themselves from a city that has decreased funding to its police department.

“As municipalities across this nation are defunding their police departments, are taking money away from the police budgets and putting them elsewhere in their city budgets, this bill makes sure that in the state of Texas, that is not going to be allowed,” Goldman, a Fort Worth Republican, said on the House floor Thursday.

State Rep. Jasmine Crockett, D-Dallas, however, argued that lawmakers speaking about the bill had failed to address “the elephant in the room.”

“This summer we saw protests in the streets, we also saw elected officials decide to make decisions because of police brutality,” she cried. “We refuse to improve policing in this state. Instead, we attack those who are trying to take care of our citizens.”

She denounced the Legislature for failing to move the Texas George Floyd Act, a sweeping set of reforms on police behavior and accountability which has stalled. The House and Senate have each passed standalone bills on individual proposals within the omnibus bill, like restricting police chokeholds and barring arrests for fine-only traffic offenses.

Several other Democrats offered amendments to add exceptions for when a city could cut police department funding. State Rep. Trey Martinez Fischer of San Antonio offered leniency so city council members wouldn’t opt against a necessary increase in police funding for fear they could not turn it back the next year. Last week, Austin’s state Rep. Eddie Rodriguez moved to eliminate the 250,000 population bar which Democrats argued only punished larger, more liberal cities. And state Rep. Jarvis Johnson of Houston filed multiple amendments, including to not punish cities for cutting civilian positions within law enforcement agencies. He said Houston Police Department has more than 1,200 civilian jobs, including janitors and other positions he listed off.

The amendments failed, as the Democrats denounced what they called partisan rhetoric and a move for state control over large cities.

Raymond, however, the Democrat joint author on the bill from Laredo, defended HB 1900. He said raising funds is how we improve other functions, like education and health care.

“You invest more in training our law enforcement officers, not less,” he said. “That’s how you make it better.”

Leaders from some of Texas’ biggest cities have declared that they are against the bills, including Austin interim Police Chief Joseph Chacon. He said there are instances where local governments need to increase funding on other services or initiatives and that won’t always negatively impact police departments.

“These decisions must be made at the local level by our community when and to the degree needed to help build and maintain trust,” Chacon said at the bill’s committee hearing.

In Austin, the police department’s total funds were slashed by a third last year, but only about 7%, or $ 31 million, was cut immediately and instead put toward other public services, like housing and mental health. The rest of the money was put into transitionary funds to shift some police duties into civilian city jobs and evaluate if more responsibilities could be transferred in the future. Since then, the City Council has moved the city’s crime lab, along with its funds, out of the police department.

Republican lawmakers have linked Austin’s policies to an increase in crimes, but experts have pointed out that during the last year crime rates have increased across the country, including in some Texas cities like Fort Worth which have increased police budgets. And Austin police officials have noted that rising homicide rates started before any budget discussions, similar to nationwide crime trends.

Two weeks ago, the Senate approved Senate Bill 23, authored by state Sen. Joan Huffman, R-Houston, which would require cities or counties to hold an election before reducing police funding. That bill was first heard, but not voted on, in the House State Affairs Committee Thursday morning. Civil rights advocates and city leaders have criticized the proposals, arguing that local governments should be in charge of these budgetary decisions.

Nick Hudson, policy and advocacy strategist with American Civil Liberties Union of Texas, argues that HB 1900 is the most aggressive of bills proposed against cities and that it would leave the power to penalize local governments on an office directly under supervision of the governor, rather than with voters, like SB 23 does.

“The measures related to annexation and tax rates are really some of the most punitive among the bills that seek to punish cities for reducing law enforcement budgets,” Hudson said. “It is unusual that Texas House would want to give the governor more power, after they expressed concern about the governor’s handling of federal COVID relief money.”

“What you’re actually doing is causing officers to do twice as much or a lot more than what they were doing before,” Chris Jones with the Combined Law Enforcement Associations of Texas said during the committee hearing of the bill. “I know this is kind of a controversial topic, but we think it’s important to understand that there’s going to be crime and there’s going to continue to be needs … You’re not going to have a civilian be able to go in and break a bar room fight.”

Jones also supported the idea of putting this to a vote, as SB 23 proposes, saying that it will “allow citizens to have a say.”